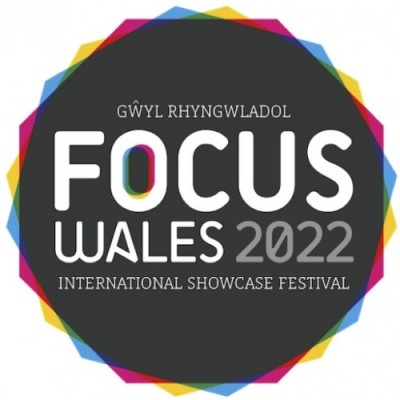 Meanwhile, alongside the music, the conference and mixers allowed delegates and attendees from all levels of the industry to meet and discuss such vital topics as the road to recovery for live events post COVID, the power of digital marketing and how grassroots acts can develop into big bands. Amongst the most interesting was Rebecca Lucy Taylor’s frank, honest and often hilarious keynote speech examining her development as solo artist Self Esteem, and the problems she has personally faced with sexism – all framed through the lens of a fictious Smash Hits interview conducted by journalist Jude Rodgers. Taylor would later be joined by her troupe of backing dancers and a drummer at the Llwyn Isaf for a true high point, as her live show saw the Sheffield singer prove exactly why she is the woman of the moment, with powerful renditions of title track from sensational second album “Prioritise Pleasure”, “Fucking Wizardy” and “I’m Fine” before finally finishing with a rousing encore, with fans screaming along to empowering anthem “The Best” from acclaimed debut album Compliments Please.

The mighty tent would also see sets from Echo & The Bunnymen whose singer Ian McCulloch enjoyed his 63rd birthday onstage, treating onlookers to such classic alt 80’s hits as “Bring On the Dancing Horses” and “Lips Like Sugar” before closing with their biggest tracks “The Cutter” and “The Killing Moon”. Plus Public Service Broadcasting, whose unique fusion of post rock and electronica wrapped their sent around their Every Valley album, which explores the rise of the welsh mining industry and is decimation by Thatcher’s cruel and callous Conversative government. Poignant and powerful; they were a welcome addition to the festival.

Fans of indie pop had plenty of acts to choose from, including South Wales songwriter Gwenno who never fails to impress and her songs focussing on Cornish identity and language struck a real chord with the bi-lingual Welsh speaking audiences at Central. Brimming with enthusiasm, Dutch artist/band Pip Blom gave a joyous account of their latest LP Welcome Break at Llwyn Isaf, whilst Goat Girl didn’t fail to impress and cheeky girl gang Peaness continue to strengthen their reputation as a guaranteed feel good festival slot.

Late night revellers and ravers enjoyed the sheer insanity of electronica rockers HENGE, who combine the gig experience, dance culture and the rapturous joy of cult indoctrination with a set that could easily be found at the fabled Manchester club The Haçienda during its hedonistic heyday or at the moment of ecstatic epiphany during the birth of a new occult religion. Decked out like Egyptian pharaohs from beyond the Oort Cloud; their stage presence is as incredible to witness as the rapturous nature of their oddball music.

But the best thing about FOCUS Wales is discovering the remarkable rising acts, just on the edge of bursting out. Amongst the best of these were Cardiff cool kids Clwb Fuzz, whose psyche-tinged garage rock packed out the tiny pub stage of The Parish, where audiences were treated to an energetic Saturday afternoon that saw the sweating semi-naked band energise the onlookers with a thrilling brain melting explosion of sound. This was after Derby based band Goddesses had just treated patrons to a nuanced performance of brooding, anthemic indie rock and shoegaze with drew comparisons with Radiohead’s Hail To The Thief creative high point. Plus cool and considered post punk trio Deep Tan are now amongst my favourite new discoveries.

And a very special shout out has to go to award-winning Canadian doom metal punks Vagina Witchcraft who, led by formidable frontperson Kayla Fernandes, played three intense sets: each more passionate and provocative than the last. Currently tearing it up on a U.K. tour, don’t miss your chance to enjoy their intense takedown of patriarchy and inequality screamed only the way they can.