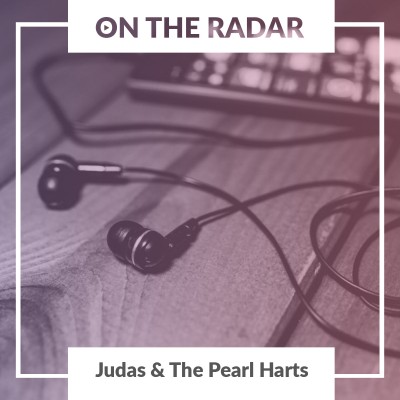 The London based fourpiece formed in 2014 and have quickly impressed all the right tastemakers in the music press with an eponymously titled debut EP plus a string of powerful singles including their swooning song ‘Love Is The Enemy’, anthemic number ‘Call Me’ and the resplendence of ‘Ceasefire’.

Their most recent release is the new track ‘Big Mouth’. With the verses featuring a curious reggae flavoured electronica intro, the song then launches into a giddy guitar riff for the chorus which veers wonderfully from a drunken stumble to explosive action. Very apt, given the songs subject matter.

"The title 'Big Mouth' sums up the meaning of the track perfectly. Everyone has done it. When you’ve had one too many drinks and say the wrong thing.”

The release of ‘Big Mouth’ is just the beginning of a big year for Judas which sees them currently out on the road. We are lucky enough to be able to offer you tickets for some of their most exciting upcoming headline dates, so grab your ticket right now!

The Pearl Harts is the perfect partnership of guitarist/lead vocals Kirsty Lowery and drummer/vocals Sara Leigh Shaw. Having met whilst working with different outfits, the pair bonded over a love of bluesy rock and began working together to produce their own groove laden sound.

Though deeply rooted in the hard riffs of the 70’s, The Pearl Harts also apply plenty of 80’s funk to give some roll to their rock whilst also embracing loop sampling to really expand their realm of sound which has earned them a reputation for putting on one hell of a show.

“We want to make people feel something, whether that be anger, desperation, love, defiance, empowerment. Hopefully our music speaks to people. Life can be disenchanting, but if you can step out of that at gig and lose yourself, then that’s our ultimate aim! We’re looking forward to getting our music out to smaller towns, like where we grew up, and find that magic in musical excitement that we knew growing up.” – Sara Leigh Shaw

They have recently released their debut album ‘Glitter And Spit’. One of the most thrilling releases of the year already, the record perfectly captures their live onstage energy whilst also being able to develop the songs to highly polished perfection.

“Some of these songs have been a while in the making… it’s been a journey but also it’s quite pure – a bit of rebellion and runaway. We’ve been friends for a long time, so writing material seems quite honest. We know each other so well that sometimes the songs are our fantasy of a different life together.” - Kirsty Lowery

‘Glitter And Spit’ is currently available on CD and 12” vinyl through their official site. Get your copy HERE. The Pearl Harts will be showing off their new material at a major London headline gig taking place at The Lexington on Tuesday 25th of September.