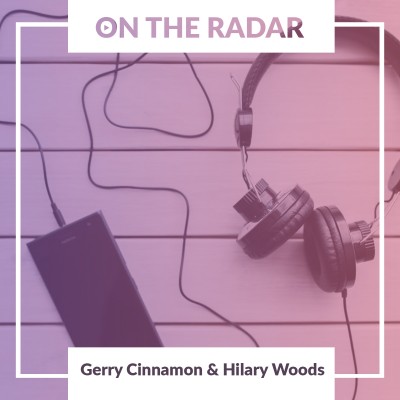 Armed with a guitar, harmonica, loop pedals, kick drums and a hell of a lot of talent, songwriter Gerry Cinnamon is ready to take on the world. With songs that speak of hope, passion and a better tomorrow, his name has spread through a successful word-of-mouth campaign which has seen amass a loyal fanbase which sees every show quickly sell out of tickets and led to him being named Best Live Act at the Scottish Alternative Music Awards.

"If you're a working class musician hearing this or reading it and you respect the art of song writing more than the art of pretending then you have a responsibility to get involved. There's a war on for real music and if you're sound and can write decent tunes then you're on the front line whether you like it or not.”

Born towards the latter end of 1985, Gerald Crosbie was raised in the residential area of The Valley in the Castlemilk district of Glasgow. Whilst young, he would become embroiled in the problems which effected the area and was sent down to London to stay with a family friend. With little to do there, Crosbie would follow in the footsteps of his folk and rock heroes of the Sixties by concentrating on playing guitar and learning how to perform.

Returning to Scotland for college, Crosbie began gigging and performing his own material. He would form a lo-fi band named The Cinnamons from which he would derive his now familiar stage name Gerry Cinnamon. He would prove to be popular on the on the open mic circuit, and his break would come with the release of his single ‘Hope Over Fear’ in 2014 which chimed with the mood of the public in the lead up to the referendum for Scottish Independence. It was followed a year later by second single ‘Kampfire Vampire’ which Crosbie was able to promote whilst playing support for John Power’s tour.

Having established his name through prominent festival appearances, Crosbie was named Best Live Act by the Scottish Alternative Music Awards in 2016 which enabled him to self-release his debut album ‘Erratic Cinematic’ a year later which topped the iTunes Singer / Songwriter chart without the aid or assistance of a record label.

The albums released was marked by a launch show which sold out in a mere 60 seconds. Striking while the iron was hoe, a date for Glasgow’s Barrowland was announced and rapidly sold out within the hour, a feat made all the more impressive as it was his biggest show to date. A second night was added which went in just five minutes.

Gerry Cinnamon has announced a Spring 2018 tour and given his track record for selling out shows you will need to act fast and book your ticket for his upcoming gigs before they all go!

Hilary Woods is back! Following her days playing bass for the emotively charged indie rock band JJ72 around the turn of the millennium, she now strikes out as a solo artist and is being roundly welcomed by critics for her pensive yet innovative new sound.

Drawing on her huge experience with guitar music, she layers wispy storytelling lyrics with electronic percussion and intricate soundscaping to create an intimate world of sound which envelopes the listener and leaves them with a sense of having had a shared experience with her.

Influenced by acts such as Nirvana, Joy Division and Manic Street Preachers, Dublin based band JJ72 was formed by singer/guitarist Mark Greaney and drummer Fergal Matthews in the late Nineties. Although they had a sound in mind, the pair were struggling to achieve it whilst working with a succession of bassists. However, something clicked after they recruited the relatively inexperienced teenager Hilary Woods and the trio were soon signed to Lakota Records, a sub-label of Sony, as the joined the ranks of the many angst-ridden bands dominating the charts around 2000 with the release of a critically acclaimed eponymously titled Top 20 album.

Frustrated by not having her own creative outlet whilst being subject to the immense demands of the bands initial success proved to be too exacting. And so, Woods time with JJ72 would prove to be short lived, leaving in 2003 following the release of second album ‘I To Sky’ which, despite being roundly praised in the music press, would ultimately not enjoy similar commercial success to its predecessor.

“I knew that I was very much the bass player in someone else’s band, in that the lead singer and guitarist wrote the songs. That dynamic was very much set up, and I knew after two albums that it was time for me to leave.”

Taking considerable time out, Woods was able to develop her own style and sound whilst also becoming a mother. Her return would be marked with the release in 2014 of a solo EP ‘Night’. The record would feature four tracks that centred around nocturnal imagery and a looming sense of the dark. Her unexpected reappearance was quickly welcomed by many in the music press who had since come of age after listening to her early work with JJ72 as adolescents.

In 2016, Woods released a second EP ‘Heartbox’ on 7” vinyl. Similarly pensive yet more dreamlike in nature, the songs on ‘Heartbox’ would build with giddy euphoria as they glide to an expertly crafted finish.

Having just announced a major London show taking place at St Pancras Old Church on Monday 11th of June, Hilary Woods has just released the single ‘Inhaler’. Bold and more expansive than her previous solo work, the new song is taken from her upcoming debut album ‘Colt’ which is released on June 8th through Sacred Bones Records on CD, 12” vinyl and limited edition blue coloured 12” vinyl.