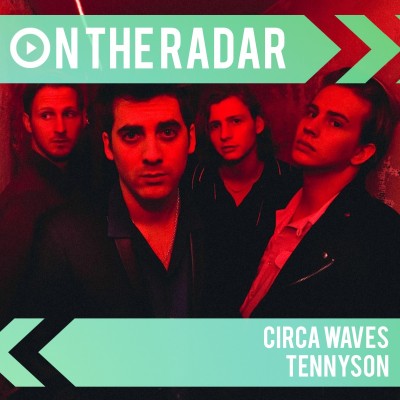 Circa Waves have already enjoyed a career which has seen them support The Libertines on tour, become a vital part of any credible festival and wow the critics with their bright guitar laden debut album Young Chasers. Now they look set for even bigger things in 2017.

They have just announced that their follow up album will be titled Different Creatures which will be slightly darker in tone than their previous work. When asked to describe the new record, singer Kieran Shuddall explains “All of us wanted to make a massive change and bring in these different songs. We played indie songs before and I wanted to progress. The first album felt like a daytime record and this one’s based in the nighttime, if that makes sense. This one’s a lot more about the demons that I face – a lot of love, loss and anxiety. It’s also about the issues that everyone feels like they’re going through together at the moment. We’re in this weird time of change and everything has become different.”

To promote their upcoming album the lads gave fans a preview in the form of a 360° live streamed performance of their awesome track Stuck from Parr Street Studios in their hometown of Liverpool. Not only is the song a good solid piece of indie rock laden with hook after hook, there is something immensely satisfying about dragging the viewfinder around the room. Particularly when you catch drummer Colin Jones having a crafty beer and sorting his hair when he thinks no-one is looking (2.16).

They are also just about to hit the road throughout March into April enabling you the chance to hear all the new material for yourself. Tickets are already selling out so don’t hang around!

Brothers and sisters fight, right? Its just what they do. Well imagine if two siblings could put aside their petty rivalry and engage in something creative instead? With all that shared experience culminating in a similar yet distinctly different outlook it could lead to the creation of something truly wonderful which is exactly the case with Canadian synth siblings Tennyson.

The combined effort of drummer Tess and Luke Pretty who plays keys, the music of Tennyson is an enigmatic sparkling exploration of wonder. Defying clear genre definitions, their sound taps into elements of minimal tech and ambient electronic while maintaining clear pop appeal. The light and airy lullaby feel is accompanied by flutters of whirring noise and samples of laughter to create a joyous upbeat meander. The sonic equivalent of basking under a glorious neon sun in a cathode meadow surrounded by beautiful insect avatars.

With such infectious yet unpredictable melodies, the pair make for essential viewing with each performance a voyage of discovery for the audience making each and every gig absolutely unmissable.