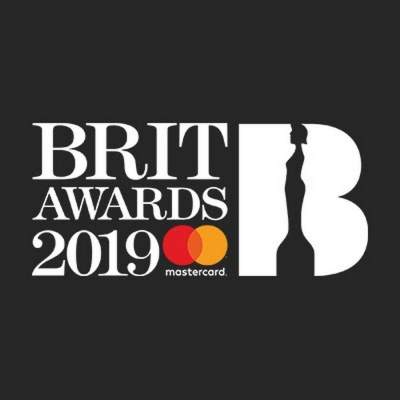 The BRIT Awards never fails to showcase the biggest names, the most exciting rising stars plus bring a whole load of anarchic fun to TV screens around the world!

Previous BRITS have seen Madonna take a tumble after her cape failed to unfold in the world’s worst wardrobe malfunction, Samantha Fox and Mick Fleetwood awkwardly stumble as the worst presenters ever, Nicky Wire of Manic Street Preachers skipping on stage, Pulp’s Jarvis Cocker being arrested after trying to burst Michael Jackson’s colossal ego and Stormzy’s blistering take down of Theresa May following the Grenfell Tower fire tragedy.

This year, fans were thrilled by live performances from Little Mix, Jorja Smith and especially Calvin Harris who teamed up with such A-Listers as Rag’n’Bone Man, Sam Smith and Dua Lipa for a huge six-minute mash up. Special mention has to go to P!nk who celebrated winning the award for Outstanding Contribution To Music with a medley which really showed off her powerful voice.

Wisecracking presenter Jack Whitehall was on hand to deliver nonstop hilarious quips that saw him poking fun at the Fyre Festival failure, the inadvertently hysterical Bros documentary and the banal rage of Pierce Morgan.

While on Twitter, viewers absolutely loved Jess Glynne daring to remove all her make-up as statement against conventions of beauty and sing ‘Thursday’ completely fresh faced, Matt Healy of The 1975 speaking out on sexism, the wild outfits worn by all the celebs and were blown away by Hugh Jackman appearing in a rousing live stage adaptation of The Greatest Showman.

Keep scrolling to discover more about the BRIT Award winners plus get your hands on the must-have tickets to see them perform live!

The night certainly belonged to the UK’s current favourite band The 1975. Not only were they named Best British Group but they also took the coveted Best British Album award for their latest LP ‘A Brief Inquiry Into Online Relationships’ which must be all the more satisfying as it was self-produced by Matt Healey and the gang. The album has been streamed a mind boggling 3.6 billion times.

While the Manchester lads might be better known for the good times owing to their upbeat indie pop sound, Healy took the opportunity to address the underlining misogyny which too often underpins the music industry by quoting The Guardian journalist Laura Snapes’ piece addressing the recent allegations against Ryan Adams and his treatment of women;

“In music, male misogynist acts are examined for nuance and defended as traits of 'difficult' artists, whilst women and those who call them out are treated as hysterics who don't understand art”

Everyone loves a bit of Drake. The Canadian hip hop sensation has already grabbed an incredible four Grammy Awards for the ‘Take Care’ album, his huge song ‘Hotline Bling’ and this year’s smash hit single ‘God’s Plan’. Now he has the BRIT Award for Best International Male taking up space on his mantlepiece too.

The boy with the big voice, George Ezra, has taken the title for Best British Male in 2019. It is no surprise given that he has previously topped the charts with debut album ‘Wanted On Voyage’ and follow up record ‘Staying At Tamara’s’ which included ‘Shotgun’ and ‘Paradise’ – some of the year’s biggest singles!

Later in the year, not only will he be playing headline sets on such huge stages as Cardiff Motorpoint Arena and The O2 Arena in London, but he will also be making appearances at the Neighbourhood Weekender and Latitude Festival 2019.

First arriving in the mid-90’s as the rude girl outsider, P!nk soon reached stardom and an international best-seller with such attitude laden anthems as ‘Trouble’, ‘You Make Me Sick’ and ‘Get the Party Started’. Sassy but sensitive, she has also shown her emotive depths on such tracks as ‘Family Portrait’ and ‘Just Like a Pill’ which reveals the versatility which has earned her the 2019 BRIT Award for Outstanding Contribution To Music.

P!nk gave a stunning performance which showed off her ranging talent and had this to say;

“To be considered in the same category as David Bowie and The Beatles and Sir Elton and Sir Paul and Fleetwood Mac is beyond anything I can comprehend.

It's been an awesome journey from busking... to playing Wembley Stadium this summer. It's really exciting!

In a shocking twist, Scottish songwriter Tom Walker took home the gong for Best British Breakthrough after many critics had expected the award to go to lively Bristolian post punks IDLES. Next month sees the release of his very aptly titled debut album ‘What A Time To Be Alive’.

It has been a very good twelve months for the lad from North Shields. Having first been tipped by the BBC’s Sound of 2018 and the Metro for big things, Sam Fender has gone on to release such killer tracks as ‘Dead Boys’ plus ‘Poundshop Kardashians’ – and this is all before bringing out his awaited debut album which is expected later in the year.

Surprising absolutely no-one, Ed Sheeran was given the Global Success Award. When he isn’t penning tunes for the likes of Bryan Adams, Westlife and Benny Blanco, Sheeran is popping up on tracks with N.E.R.D. and Kasey Chambers – never mind the small matter of his latest album ‘÷’ shifting 15.8 million copies worldwide

Best British Album: The 1975 – ‘A Brief Inquiry Into Online Relationships’