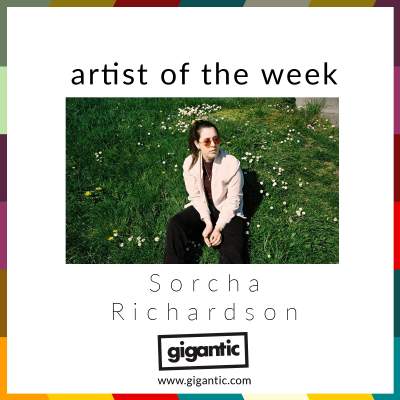 Etching out her unique space in pop, Sorcha Richardson is the Irish singer/songwriter looking poised to become huge. She has released a string of killer tracks including ‘Ruin Your Night’, ‘Petrol Station’ and ‘Don’t Talk About It’ which has seen her already amass a truly incredible 22 million streams over various platforms. Richardson dropped her impressive debut album ‘First Prize Bravery’ towards the end of 2019, setting her up for what will like be a breakthrough year for the young prodigy. Scorcha has played relatively few gigs in the UK so far – grab a ticket to see her with Gigantic right now!

“My name's Sorcha Richardson and I'm a singer/songwriter from Dublin, Ireland. I started my first band with two friends from school when I was ten years old and I've been making music ever since. I write songs about the days and nights I spend with my friends, the places we go, the people we meet, the things we say and the things that we don't.”

Last year, Richardson released her first LP ‘First Prize Bravery’ which is a truly compelling listen. The album starts with tender track ‘Honey’ which explores feelings of fragility when first entering a relationship and was actually the very first song she completed when writing it.

“The first song I wrote for the album was Honey, and that gave me a confidence. I don’t always love all the songs I write, but I liked that one and I felt I was ready to find a way to do the rest of the album.”

“It’s the hidden meaning in mundane moments. Days that look like any other day and yet somehow you have this feeling that it’s one you’ll remember forever.”

There can be little doubt that Sorcha Richardson is on her way to even bigger things and this year you can see her perform live when she tours next month. Dates include The Bodega, Nottingham \ The Soup Kitchen, Manchester \ The Lexington, London \ Louisiana, Bristol and tickets are on sale with Gigantic.