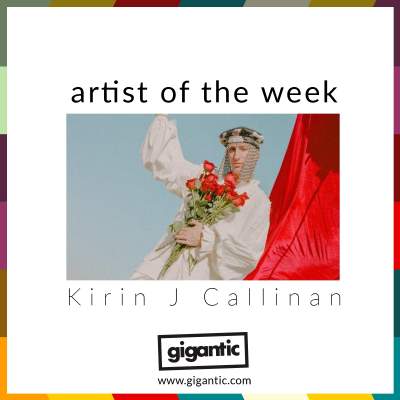 Following on from his time in relative obscurity working with various bands, experimental songwriter Kirin Callinan has exploded to become an unstoppable outrageous creative force. His comic inclinations combined with his impeccable talent means you are never quite sure where the genius ends and the mockery begins, making him an irresistible performer.

Kirin Callinan had worked as the lead guitarist of multiple bands including The Night Game, Jack Ladder and the Dreamlanders and – most famously – for dream pop act Mercy Arms who scored a minor hit with their eponymously titled album. When Mercy Arms fizzled out a year later, Callinan found himself with the chance to do something radically different.

Now pursing an art pop direction which allowed him to indulge his flamboyant side unrestricted by any other band member and creating an extreme character of himself which allows him to dive headlong into excess of all kinds; sonic, artistic and otherwise.

In 2013, Callinan released his debut solo album ‘Embracism’ which both attracting a devoted fanbase whilst confusing and alienating the average listener. It would mark the rise of Australia’s new enfant terrible and reach the status of cult classic, still finding new converts around the world today.

Callinan took his brash exhibitionism even further on his latest LP ‘Bravado’. Released in 2017, it was ten tracks of tongue in cheek yet arguably high concept art packed with collaborations with such luminaries as Weyes Blood, Jorge Elbrecht and Connan Mockasin.

‘Bravado’ features the single ‘S.A.D.’, a song made controversial with a promotional video which sees Callinan dare to flash his private parts whilst crooning his way across Cuba; "We wanted to explore the potential fine line between smut and art, beauty and vulgar, poser and provocateur... Certainly as a teenager coming into adolescence, I always liked dressing up and being the centre of attention. What teenager doesn't though? I think this record feels really honest in that sense in that it's pretty dorky and ugly and clumsy and bombastic at times, and I'm certainly capable of being all those things. I probably always have been. Maybe that's everyone to a certain extent. I don't know."

It also includes the single ‘Big Enough’ which is a Spaghetti Western \ techno pisstake featuring contributions from Alex Cameron, Molly Lewis and the mighty lungs of Jimmy Barnes which has spawned its own library of “Screaming Cowboy” memes.

This month sees Callinan join the impressive line-up for Mac DeMarco… Will See You Now which takes place at Dreamland in Market on Saturday 29th of June. A unique one-day event expertly curated by Bird On The Wire featuring the ultimate slacker champion as the headliner plus many other acts known for their daring experimental nature and unabashed defiant attitude. Other acts include Aldous Harding, Yellow Days, Tirzah, Thurston Moore, Amyl and The Sniffers, Girl Ray and Blueprint Blue.

Poised to release his fourth album titled ‘Return To Center’, Callinan sticks around the UK to kick off his own headline tour and we have tickets on sale with Gigantic. Grab yours right now!