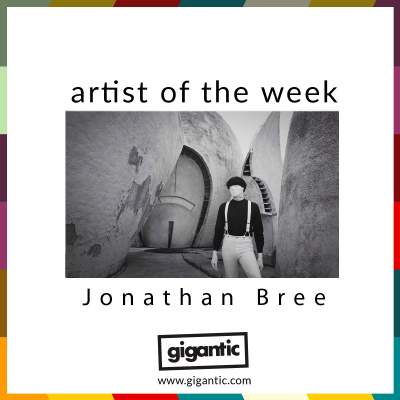 Enigmatic Kiwi songwriter Jonathan Bree is enjoying the support of an international audience as a solo artist, following his time as a leader of New Zealand indie pop band The Brunettes. A true maverick behind a mask, his dedication to anonymity combined with his distinct monotone style marks him out as a true innovator.

“I like that the mask means people can make their own connection. There’s an element of personal projection—people can see or feel what they want to.”

Following on from the huge popularity of debut album ‘The Primrose Path’, Bree’s fanbase has continued to swell with successive titles ‘A Little Night Music’ and ‘Sleepwalking’. This year, he returns with his finest record yet; ‘After The Curtains Close’ which is his own unique take on a breakup record.

Bree first embarked on his solo career with the release of debut album ‘The Primrose Path’ in 2013. Combining post-modern irony with a retro 60’s style, his signature sound was accompanied with a striking live image employing the use of an amorphous spandex mask obscuring his face but drawing greater attention to the music.

Huge success came in 2017 with the release of hit single ‘You’re So Cool’ which has amassed over 13 million views on YouTube alone!

Jonathan Bree will be heading to the UK in Spring next year to promote his latest LP ‘After The Curtains Close’ with dates in May. Tickets are on sale with Gigantic and already selling fast!