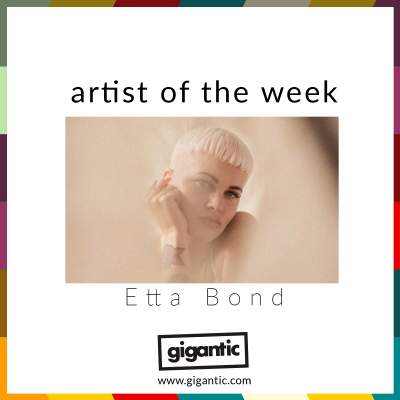 Combing the grit of dubstep, the sultry cool of R&B and the expressive sexuality of soul, Etta Bond expertly brings together the disparate styles into a fresh new sound that defies boundaries incoprtaing a sophisticated quality to her music whilst always being ready for the club. Her powerful lyrics speak of self-empowerment which has seen her work with the likes of Skepta and Avelino whilst also catching the attention of famous fans like Annie Mac and DJ Target who have tipped the London based songwriter for greatness.

“Music is my purest act of love. I look to music to teach me how to love and how to be with people. So my relationships with the people that I make music with are some of the purest relationships I‘ve ever had. I look at the music as the love that we make.”

In 2012, Bond teamed up with notorious North London producer Raf Riley who has worked with the likes of Diplo, Mike Skinner and Professor Green for what would become her outstanding debut EP ‘Emergency Room’ which was released in the summer of 2012 by OddChild Music and immediately caused a storm in clubs and amongst online critics. ‘Emergency Room’ was followed little over a year later by second EP ‘Meds’ which saw her continue to work with Riley and stay with the same label.

With her third EP ‘#CoolUrbanNewTalent’, Bond chose to bring OddChild Music label mate and good friend Chris Loco into the fold. Though only five tracks, the release of ‘#CoolUrbanNewTalent’ in the Autumn of 2014 showed a substantial development in sound which she believes stems from the unique talents of each individual being melded by their close relationship.

“You will hear the difference between Raf and Chris because I am working so closely with them. I let them do their thing, they let me do mine and we kind of blend together. I’ve been back in the studio with Raf recently, so it will be interesting to hear whether there is that growth in our stuff now... but there should be familiarity there too.”

After featuring on tracks for Ghostpoet and SiR, Bond had a huge year in 2018 with the release of her huge tracks ‘Surface’ and ‘Let Me Hit It’. Now she’s back with brand new sensual single ‘Shorny’ which comes out at the same time as the announcement of her Spring 2019 tour which is on sale with Gigantic right now.