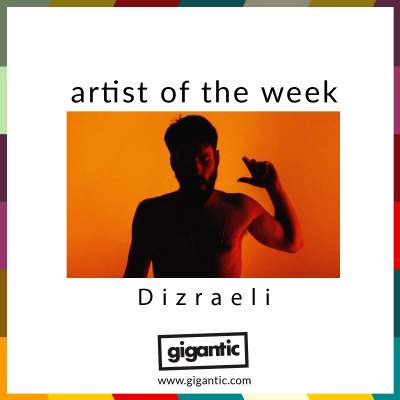 Following on from three essential records, including debut album Engurland (City Shanties), White Man (Moves) and his latest offering The Unmaster, award-winning Dizraeli now prepares to embark on a defining tour which promises to revisit all the highlights of his truly remarkable career.

“I will be on stage with a whole host of special guest musicians including string section and choirs, snogging the whole wide world through the magic of song. We will laugh and cry and sweat and move together and revisit all those moments since 2002.”

Rowan Alexander Sawday, better known as his stage name Dizraeli studied at hedonistic Brighton before moving to Bristol – a city well known for its vibrant creative scene filled with leaders and pioneers in all aspects of the arts. The brash but communal attitude encourages cultural challenge and is the perfect backdrop for an artist renowned for his distinctive style as first heard on debut album Engurland (City Shanties) in 2009.

Though incredibly active on stage, it would be three years before they eagerly awaiting public would be treated to a follow up album. But fortunately, it was well worth the wait as successor LP White Man (Moves) is a politically conscious statement which defies nationalism, elitism and exposes racial privilege. As Dizraeli explains; “[It’s] about the really powerful sense of being a middle class, white person from a colonising country, travelling through countries that my country had colonised”

In 2009, Dizraeli dropped third album The Unmaster would prove to be a powerful masterpiece which would push boundaries even further, amalgamating West African styles with urban British attitudes. He recently returned to the tracks on this record and reworked them into a remix album The Unmaster (Remixes & Versions).

Dizraeli has now announced his Twenty Years Deep Tour which will be a series of thrilling shows that are an unmissable experience for any true fan. Including unique transformations of familiar tracks, special guest appearances and even a choir and string section – look forward to hearing the matchless master progress and innovative even further. Tickets are available with Gigantic and selling fast!