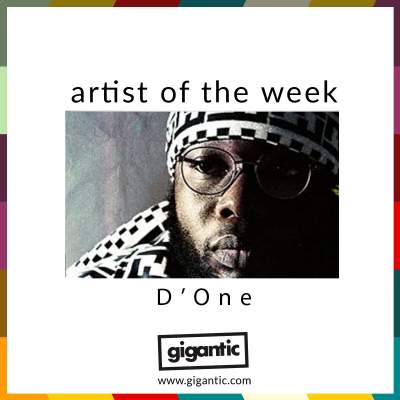 D’One is a man with ambition and the talent to achieve it. Building a huge following, both online and packing out his shows, his impeccable flow is seeing him reach the big time as he grows to become the next big grime superstar.

Making his move in 2018, D’One started blowing up on the internet with the release of ‘Next Up’ on Mixtape Madness which has now reached 3.9 million views on YouTube backed up with a staggering 8 million streams on Spotify – his killer track ‘On Top’ has hit 2.5 million Spotify streams alone and everyone loves ‘Mad About Bars’

If that wasn’t enough, he also dropped his huge ten track mixtape ‘This Wasn’t Expected’ which proved his creativity never stops as he reaches for the top.

D’One went big in 2019, kicking off the year with the release of his huge hit single ‘Forever Lasting’ which got an immediate huge reaction from critics and the streets. It would appear on his fourteen-track project ‘No Handouts’ which includes contributions from such heavyweights as Berna, Park Hill, Yung Fume and TE dness.

This year has seen the return of D’One with the release of two massive singles. First came big banger ‘Locked Down’ and then he teamed up with Tarm for a brand-new high energy single ‘Clean Run’. Embracing a bit of drill and fully loaded with catchy hooks, it’s the soundtrack to the summer and hints at bigger things to come.

Showing every sign of releasing an album later in 2020, D’One has a huge tour booked with a huge list of massive support acts including DJ Keaun, Park Hill and Weezo. Make sure you click the links below and get your ticket with Gigantic before they all go!