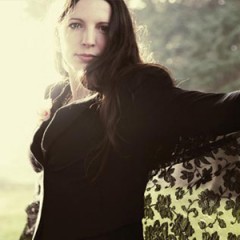 This was the fourth time that I had been to see Martha Tilston peform. Each and every time I’m totally spellbound by the high quality of her vocals, love all her songs especially Old Tom cat. Very impressed by Joe Tilstons heartfelt songs too, and as for Tilly, very talented young lady indeed . I would highly recommend to anybody who loves good quality music that they check Martha out, you will get hooked 😊👍

"Another great Show from Martha at the Maze"

Empathetic engaging with a great voice combined with magical songs

Songstress Martha Tilston is currently ensconced by the sea in Cornwall, some 175 miles away from her West Country childhood home of Bristol. Her parents, folk legend father Steve Tilston, and artist mother Naomi ran a folk night at Bristol’s historical venue The Louisiana, where, according to family legend, baby Martha would often be “parked in a basket underneath the cash desk” and accordingly, she grew up amongst the happy bustle of touring musicians who’d congregate at the Tilston home for rehearsals and short stays.

“It just seemed normal to me at the time” says Tilston. “I thought everyone’s Dad wrote songs. When her parents divorced, Tilston relocated to Surrey with her mother and theatre director stepfather, while Tilston’s father stayed in Bristol with fellow folk singer Maggie Boyle, who filled their home with “beautiful Irish singing”. In Surrey, Tilston mastered the piano and fell in with the actor friends that made up her stepfather’s social circle. Drama studies followed, and she appeared at Edinburgh Festival, but the tug of her musical lineage set in, and by her late teens, Tilston has taken up the acoustic guitar and taught herself the fine art of fingerpicking, finding her voice  a shivering, autumnal bird-song evocative of a young Joni Mitchell  along the way.

Out of the homegrown British folk and crackling US vinyl that permeated her childhood, Tilston found herself drawn to folk’s protest spirit and its themes of social justice, particularly the poignant antiwar messages explored by iconic 60s songwriters such as Simon and Garfunkel and Joni Mitchell.

Tilston began her musical tenure in folk duo Mouse, with Nick Marshall, releasing debut album Helicopter Trees in 2000 and a follow up, Mouse Tales, in 2001.

However solo adventures called, and she released her lo-fi debut, Rolling, in 2003, while touring Ireland as support for troubadour, Damian Rice. Tilston’s earthy compositions and delicate melodies earned her a growing audience, but she declined the lucrative offers from established record labels, choosing instead to set up her own label, Squiggly Records. Inspired by Damian Rice’s selfproduced, homerecorded hit debut, O, she funded the pressing of her next record, 2005′s Bimbling, through the sale of the album’s canvaspainted artwork  an impressive feat for an artist plumbing her way in a preKickstarter era. By 2007, Tilston was opening the Acoustic Stage at Glastonbury with songs from her album Milkmaids and Architects, garnering a nomination for Best New Act at the BBC Radio 2 Folk Awards. But as Tilston’s star drew closer to the mainstream, she found she preferred smaller, intimate gigs, and felt more at home strumming out sets at low-key campfire jams and underground folk festivals. By 2009, Tilston’s vocals had been courted beyond the folk world, by trip hop producers such as JSpool and Tru Thoughts Records, and pop group Zero 7, who invited her to guest and co-write on their album, Yeah Ghost.

Of her latest album  The Sea  Tilston says “Ive always had it in mind to make a traditional album. Singing trad songs is what I grew up with, not just from my father (Steve Tilston) and step mother (Maggie Boyle) but also on my stepfathers side of the family with its Geordie heritage” (her stepfather is Frank Whately and uncle Kevin Whately, the actor known for his iconic roles in such beloved TV series as Lewis and Morse as well as movies like The English Patient).

The Sea is a brand new album of traditional songs about the sea and the stories of those whose lives are intertwined with and guided by contact with it. Each song has one of the above-mentioned family members, plus brother Joe Tilston and friends, singing or playing with Martha and she says: “it has been a beautiful experience. We recorded most of it in a cliff side cottage in Cornwall and enjoyed trying to capture the magic and treachery of the deep.”
f