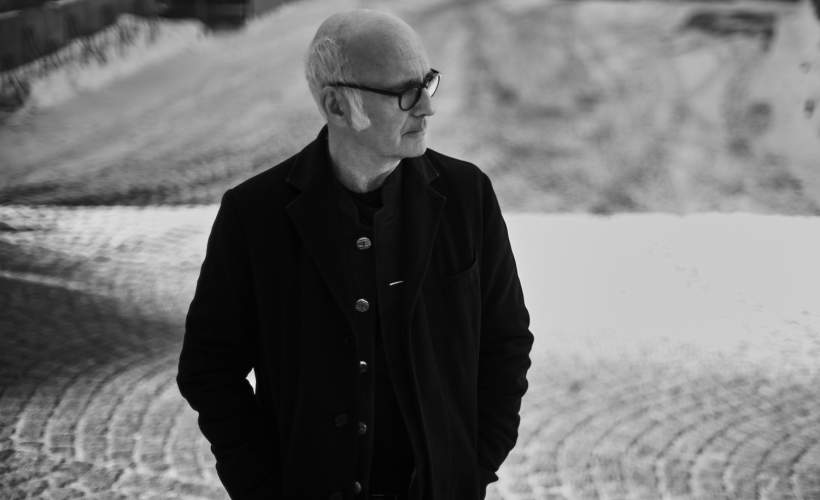 "One of the best memories of my life"

I could not find tickets anywhere and I was so excited when I was able to via gigantic. Yes they weren’t as cheap as I would have preferred but for this opportunity, it was literally priceless. I honestly had the best two hours of my life in pure bliss and magic .

I didn't know what to expect but I was pleasantly surprised. Einaudi was very unassuming and played simple piano very quietly and with the string accompiament, it was a delight to listen to. An excellent evening and thanks to my wife for giving me the ticket for our anniversary.

Ludovico Einaudi was absolutely incredible! The whole show was amazing, I would love to watch it all over again.
As much as I wish I had a recording of it, I was glad that photographs and filming were not permitted.

Words can’t explain how wonderful and beautiful the concert was.

Tweet
This year sees the release of Ludovico Einaudi’s latest studio album Seven Days Walking. It will be accompanied by a huge promotional tour which takes him to Barbican Hall in London during July and August.

The music of Ludovico Einaudi has seen the pianist and composer rise to receive international recognition. The greatly successful musician works in a great number of styles to create something truly compelling and evocative blending minimalist and ambient styles with alt-classical.

“There is something in it that comes from classical, but I have influences from different music I have experienced in my life, from African music to folk and rock. ”

Highly interested in pushing the frontiers of classical music he is ever expanding into new and contemporary multimedia. He has scored the music for film and television and wrote a BAFTA-nominated piece for the programme This Is England ’86.

“Einaudi’s sonic visions are awash with beauty.” - The National

“Einaudi was afforded two standing ovations and the crowd emptied into the night having heard one of the world's genuine maestros at the very, very top of his game.” - Nottingham Post

We only have limited supplies of Ludovico Einaudi concert tickets so you do need to book early or risk seeing this rare talent play live for yourself.

Gigantic offers a huge range of essential gig tickets so make us your first choice for a great service in getting you to the very best shows.

Pianist and composer Ludovico Einaudi was born in Turin on November 23, 1955. His mother, also a pianist, would play for him as a young child, planting the seeds for what would become a fruitful, illustrious career. Einaudi studied under Luciano Berio at the Conservatory of Milan, graduating with a diploma in composition. In 1982 his talents would win him a scholarship to the Tanglewood Music Festival. The experience opened Einaudi's ears to new ideas like minimalism, world music influences, and aspects of pop music. He spent the next several years composing for the ballet, including Sul Filo d'Orfeo (1984), Time-Out (1988), and The Wild Man (1991). Einaudi turned a corner in 1996 with the release of his first collection of solo performances, entitled Le Onde. This record started Einaudi down the path toward becoming one of Europe's best-selling pianist/composers. Eden Roc (1999) and I Giorni (2001), both for BMG, captured the solo piano world's attention, both remaining best-sellers for years to come.

While seemingly at the top of the composition world, Einaudi ventured into the world of film composition, a journey punctuated by his Best Film Score award in 2002 for his work on Luce dei Miei Occhi. Einaudi noted in interviews during this period that he missed concertizing, and began performing again regularly. New works blossomed from this effort, including 2004's Una Mattina and 2006's Diario Mali. Einaudi's seventh studio album, 2007's Divenire, found him accompanied by the Royal Liverpool Philharmonic. The follow-up, 2009's Nightbook, was much more self-consciously reductionist, featuring solo piano minimally adorned with electronics, and saw Einaudi begin to be appreciated by fans of the "post-classical" school that he had arguably, at least in part, inspired.

A double-disc best-of, Islands, was released in 2011, and at the beginning of 2013 he signed a new deal with Decca and unveiled the long-gestating In a Time Lapse, which had been recorded in a remote monastery near Verona and saw a return to a more "classical" chamber music sound. Elements was released in 2015, and featured violinist Daniel Hope, the Amsterdam Sinfonietta, electronica artist Robert Lippok, and Brazilian percussionist Mauro Refosco among its several guest performers. Recorded at his home studio in Italy, it was inspired by nature, math, science, music, art, and how parts connect to form a whole. In 2019, Einaudi unveiled Seven Days Walking, his most ambitious musical project to date, consisting of seven volumes to be released over the course of seven months, with a box set containing all seven releases in the fall. Inspired by winter walks taken in the Alps, it was a meditative, sometimes melancholy journey featuring multiple variations on the same themes, which saw him accompanied by a string trio.

“I saw new frontiers - on the edge between what I knew and what I didn't know - that I had long wanted to explore: creation myths, the periodic table, Euclid's geometry, Kandinsky's writings, the matter of sound and of colour, the stems of wild grass in a meadow, the shapes of the landscape…”

Housed in such a prestigious location you will certainly want to attend these fine events. Concert tickets are highly sought so ensure you book early to avoid any disappointment.

Get your Ludovico Einaudi tickets with Gigantic!

Come to Gigantic to get tickets for Ludovico Einaudi

Gigantic has your tickets for Ludovico Einaudi

Get Ludovico Einaudi Tickets With Gigantic