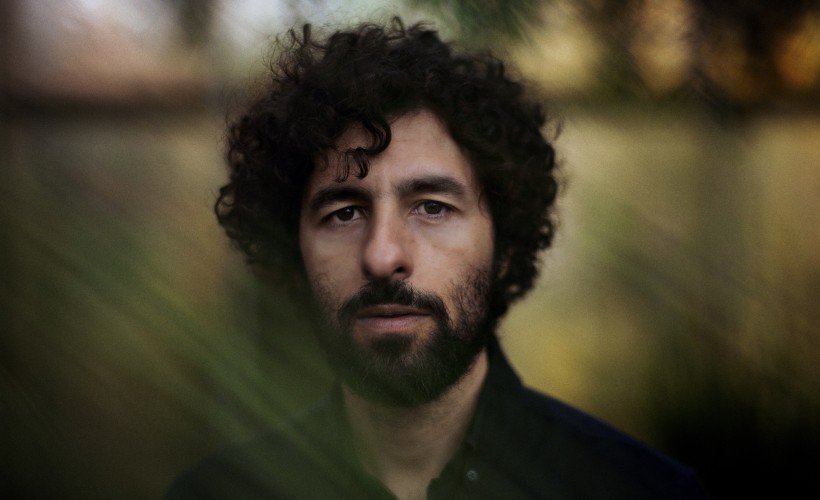 Few people have managed to become quite so celebrated worldwide, quite as quietly as Jose Gonzalez has.

LOCAL VALLEY, his long awaited fourth album, serves as a relieving reminder that you don’t have to be loud to be heard.

Since his debut single ‘Crosses’ back in 2003, both he and his music have remained dependably quiet and unassuming.

LOCAL VALLEY calmly exhibits his singular ability to communicate with such modesty and power.

Beginning with the sun-dappled ‘El Invento’, the first song he’s recorded in Spanish (the native tongue of his Argentinian heritage), and ending with the intimate yet rhapsodic ‘Honey Honey’.

Along the way it engages in his signature melodic and metrical hypnotism, showcasing his remarkable fingerpicking skills, while there’s further evidence of his love for music from around the world (he
references an inspiring jam session in Gothenburg with Niger artist Bombino) and for the first time, the introduction of a drum machine on a few songs, further widening José's musical spectrum.

The record, full of his trademark bittersweet pastoralism, includes what Jose Gonzalez considers “my most accomplished songs to date”.

While continuing his tradition of reinterpreting songs by other artists, with ‘Line Of Fire' he picks one written for Junip, the band he formed with friends in 1998.

That the original version has now been streamed some 60 million times suggest it, like other songs he’s covered, is now part of the songwriting canon.

LOCAL VALLEY, Gonzalez cheerfully acknowledges,
“is similar to my other solo albums in sound and spirit, a natural continuation of the styles I’ve been adding through the years both solo and with Junip. I set out to write songs in the same vein: short, melodic and rhythmical, a mixture of classic folk singer songwriting and songs with influences from Latin America and Africa. It’s more outward looking than my earlier works, but no less personal. On the contrary, I feel more comfortable than ever saying that this album reflects me and my thoughts right now.”

José González tickets are on sale with Gigantic.

It’s easy to overlook the fact that, despite only three solo albums in 18 years, José González has packed out distinguished venues from Sydney to Tallinn - via Berlin, Barcelona and Rio De Janeiro - and even sold out London’s prestigious, 4000+ capacity Royal Albert Hall a full three years after his last acclaimed collection, 2015’s Vestiges & Claws .

He’s earned; platinum; records in the UK and his; Swedish homeland as well; gold in Australia and New Zealand; .; He’s also got; some; billion streams under his belt, and recent bewildering events; have only endeared him further to the public, with his; songs providing a consistent source of comfort over the last 18 months, something reflected by a significant; rise in; those; streaming figures. Of course, such matters aren’t things of which; José; himself will remind you: since he first arrived with; debut single; ‘Crosses’ back in 2003, both he and his music have remained dependably quiet and unassuming.

Always bringing you the best selection; Jose Gonzalez tickets are on sale with Gigantic!