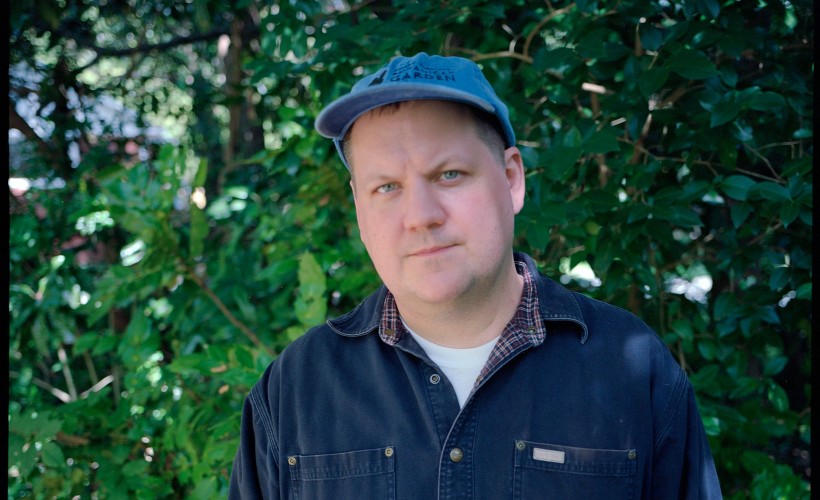 Singer, guitarist, and folk music interpreter Jake Xerxes Fussell has distinguished himself as one of his generation's preeminent interpreters of traditional (and not so traditional) "folk" songs, a practice which he approaches with a refreshingly un-fussy lack of nostalgia. By re-contextualizing ancient vernacular songs and sources of the American South, he allows them to breathe and speak for themselves and for himself; he alternately inhabits them and allows them to inhabit him. In all his work, Fussell humanizes his material with his own curatorial and interpretive gifts, un-mooring stories and melodies from their specific eras and origins and setting them adrift in our own waterways.

"... Fussell is the rare contemporary to approach folk in its pure form, shunning self-penned compositions about bummer relationships to concentrate on material handed down from bygone, hardened times." - The New Yorker

"For (Fussell) a song is no older than the last time it was sung. His fourth album, Good and Green Again, is his most thoughtful, his most eloquent, and his most poignant explication of this idea." - Uncut

"He has the charm of the best bar raconteur, a storyteller who can sell fantastical yarns in a companionable way." - Mojo (4 Star review)

That's all we have for Jake Xerxes Fussell! Check out their upcoming shows