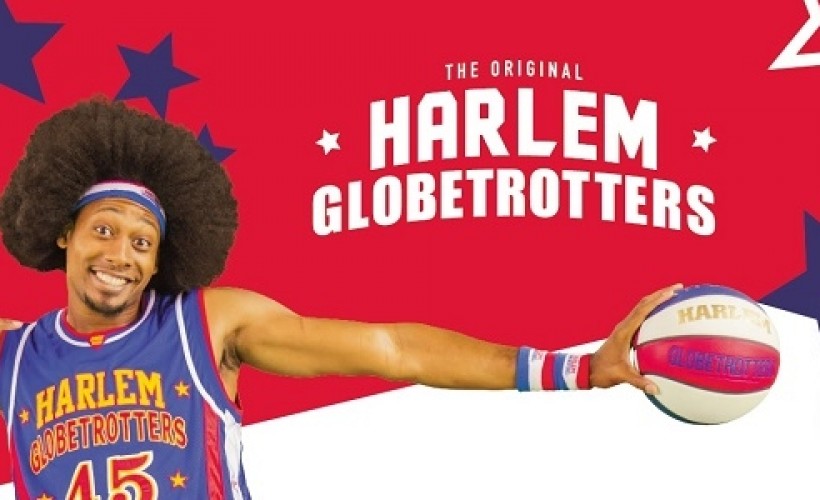 Combining exceptional athleticism with sheer sport theatre, The Original Harlem Globetrotters have continued to delight audiences the world over for nearly one hundred years. The incredible skills on show with thrill all who attend the spectacular show with amazing trick shots and incredible ball handing talents whilst also performing a dramatic comedy show with plenty of audience interaction.

The family friendly show has become a favourite of fans the world over, having played over 26,000 in 122 countries for ecstatic punters of all ages. And after the show is over, the stars are more than happy to mingle with the crowd signing autographs and joining in on your selfies.

The Original Harlem Globetrotters tickets are on sale through Gigantic right now. Their extraordinary exhibition takes them all over the UK. You can see them perform in May of 2017 at:

First started in Chicago, Illinois, during the Roaring Twenties, the team mostly featured players from the Wendell Phillips High School and began touring all over USA exhibiting their unrivalled basketball abilities. They would soon bring their show to an international audience and were welcomed to play at Moscow and helped east East - West tensions at a time when Russia was locked behind the Iron Curtain. They have continued to astound audiences over the decades and enjoy worldwide adoration.

Be sure to book early for this amazing special event as it is expected to sell out quickly. For a fantastic experience, always get your special event tickets through Gigantic.

Snow Patrol, Nothing But Thieves, Pale Waves, James Arthur plus much more!

Summer is here. So, book Harlem Globetrotters tickets with Gigantic!

Child oriented. Would have liked to see a proper game as part of the process. Finished quicker than we expected

A great evening with lots of laughs. I enjoyed the way the players inter acted with the children.

That's all we have for Harlem Globetrotters! Check out their upcoming shows