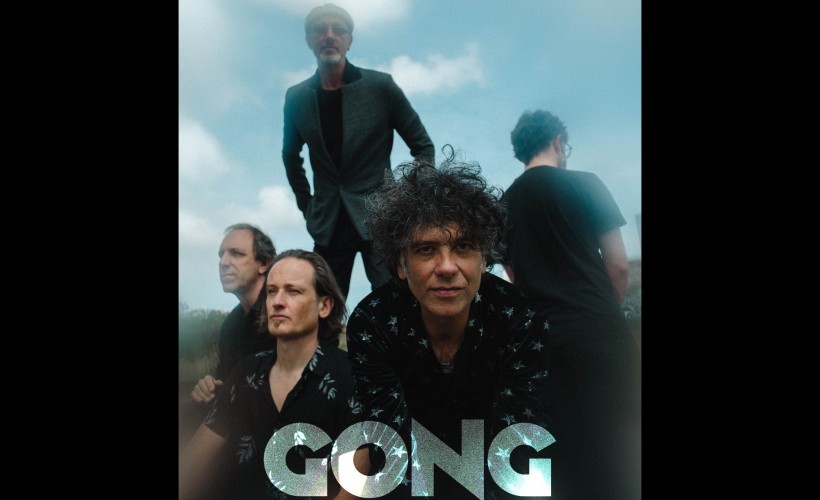 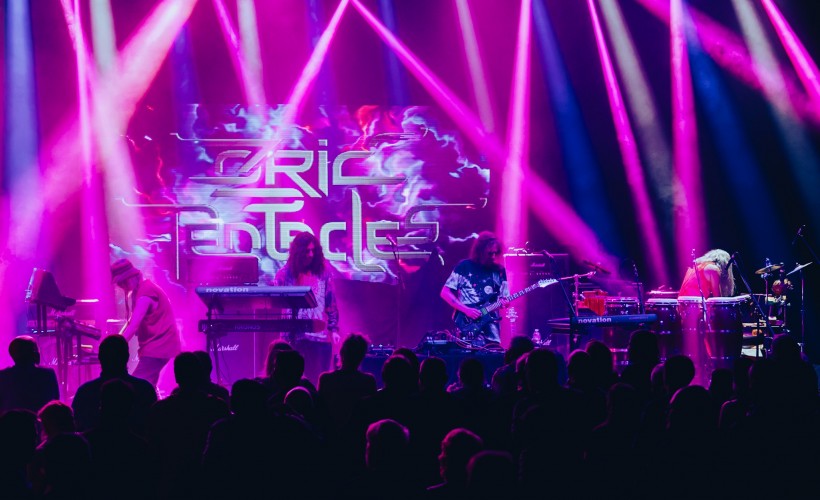 From its beginnings in a French commune in 1967, through the Virgin Records years, mismanagement, court cases, break-ups and rejoinings, deaths and rebirths - there has always been a continuous thread of beautiful, dangerous and extraordinary music. GONG recently performed with the Steve Hillage Band (himself a former member of the 1970s GONG line-up) and released the critically acclaimed album The Universe Also Collapses (K-Scope, 2019). Gong’s musically diverse world includes shades of psychedelia, space rock, jazz, avant-garde, krautrock and surreal soundscapes. Gong have recently released a stunning new live album Pulsing Signals (K-Scope, 2022) drawn from their 2019 UK tour.
As everyone is after Gong tickets concert we really urge you to be quick in making your booking as they will sell out - fast! Gigantic is proud to offer an excellent service and a huge range of essential gig tickets. So, stick with Gigantic to enjoy a fantastic experience and unforgettable events.

Perhaps no other band has experienced so many incarnations as Avant-garde psychedelic rockers Gong. Taking space rock and jazz to its extremes, they have created some of most interesting music ever composed. Now they return with their new album Rejoice! I’m Dead!

The band’s members include drummer Cheb Nettles, saxophone and flute player Ian East, lead guitar from Fabio Golfetti while guitar and vocals are provided by Kavus Torabi and Dave Sturt on bass.

Excitement is already high and still rising as is the demand, so make sure you do not hang about and book your tickets for Gong before they are all snatched up. Fortunately, placing your order with Gigantic is made easy as your purchase can be made 24/7 at home or on the go using your smartphone, tablet or computer.


First starting in September of 1967, Gong were originally centred around Australian singer and guitarist Daevid Allen whilst living in Paris. However, he was forced out of France after a warrant was issued for their involvement in the Student Revolution of 1968. He would return to the country the following year after being invited to work on the soundtrack for film director Jérôme Laperrousaz. The score would not happen but after being approached by a label he set about reforming Gong.

The second wave of Gong would move into an abandoned 12 room hunting lodge which they would continue to occupy for the next two years following the release of the album Magick Brother and other singles.

Rising in profile, they signed to Virgin Records and released the records Flying Teapot, Angel’s Egg an You. Allen would leave the band in 1975 which marked the end of ‘Classic Gong’ and the band would soon enter a fourteen-year hiatus, returning in 1990 and releasing the album Shapeshifter shortly thereafter.
They continue to record and play live with recent albums including Zero To Infinity, Acid Motherhood, 2032 and I See You.

As everyone is after Gong tickets concert tickets we really urge you to be quick in making your booking as they will sell out - fast! Gigantic is proud to offer an excellent service and a huge range of essential gig tickets. So, stick with Gigantic to enjoy a fantastic experience and unforgettable events.

Gong is on sale with Gigantic!

That's all we have for Gong! Check out their upcoming shows