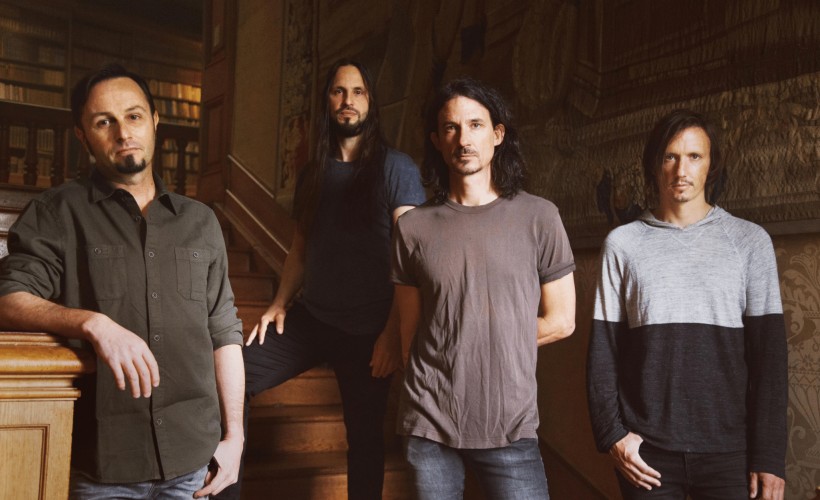 Gojira tends to operate in polar extremes. “I can’t help but see humanity as a parasite,” Gojira’s co-founding guitarist and principal songwriter Joe Duplantier explains, “and yet the most beautiful things come out of humans.” To that end, the French quartet - Duplantier and his brother Mario [drums], Christian Andreu [guitar], and Jean-Michel Labadie [bass] - have spent the past 15 years translating this duality into a distinctive sound: dark, crushing metal brightened by triumphant arena-rock melodies, contrast-heavy and emotionally charged.

Gojira tends to operate in polar extremes. “I can’t help but see humanity as a parasite,” Gojira’s co-founding guitarist and principal songwriter Joe Duplantier explains, “and yet the most beautiful things come out of humans.” To that end, the French quartet-Duplantier and his brother Mario [drums], Christian Andreu [guitar], and Jean-Michel Labadie [bass]-have spent the past 15 years translating this duality into a distinctive sound: dark, crushing metal brightened by triumphant arena-rock melodies, contrast-heavy and emotionally charged. Enter 2016's Magma, whereupon Gojira found strength-and crossover success-through a singular commitment to self-reflection. The intensely personal record, penned in memory of the Duplantier brothers' late mother, was a painful significant turning point for the French group. It debuted at No. 24 on the Billboard 200 chart, topped the Billboard “Hard Rock Albums” chart (a first for a French band), and netted nominations for Best Rock Album and Best Metal Performance (for "Silvera") at the 59th annual Grammy Awards. Numerous global headlining tours, including a stint with Metallica, followed. Coming out of Magma, Gojira weren't just one of the biggest metal bands on the scene-they were one of biggest rock bands in the world, unified and self-emboldened.

Humbled and honored as he was by Magma’s success, Duplantier came out of that victory lap feeling exhausted-and eager to move on. “Magmamarked a sad moment in our lives,” Joe says of the record. “We were expressing grief, so it was a bit heavy: not only to the process of making that album, but also talking about it, and playing the songs, and doing all of these interviews around a difficult time in our lives.”

And so, Gojira made a group decision: for album number seven, Fortitude, they’d have some damn fun. In late 2019, the brothers Duplantier returned to Silver Cord Studio, their Ridgewood, Queens, headquarters, to begin work on new, self-produced Gojira material, culled from ideas they’d developed over the past two years. “With this album, we wanted to come back with more joy, more power, and more positivity about life in general,” Joe explains. “We’re so lucky to do what we love; it’s not like we were depressed or anything, but we had something in our system to express-Magma-and we felt like it was time for something else-something that is all about strength.”

"The writing process was very thrilling and exciting," Mario adds. "Joe and I really dug deep into every song, paying particular attention to the structures and arrangements. Every idea, every single riff, was analyzed with a fine-tooth comb: everything from the tonality of each instrument and scales used, to the dynamics, interpretation, and tempo. We left nothing to chance.”

Of course, 2020 had other plans. Just as Fortitudewas nearing completion-halfway through the mixing process, to be exact-COVID-19 hit, bringing Gojira, along with the rest of the world-to an abrupt halt. While waiting out the lockdown back home in France with his family, Joe re-examined the songs from a post-pandemic perspective; not only did they fit the turmoil of the time, in hindsight, they were downright prophetic. “In a way, I saw these songs being born again with a new meaning,” he says. “Every single song ever written resonates differently these days, but it’s almost like we felt like this was going to happen.”

To be clear, Fortitude isn’t intended as a musical escape hatch from all this unending global misery. Actually, it’s the opposite: a series of searing motivational speeches urging humanity to imagine a new world-and then make it happen. “Come on! Get back on your feet! Go for it!” Joe says of the album’s themes, briefly stepping into the role of life coach. “Everyone wants to hear that once in a while, and we want to be that to people: the little voice in your head that says you’re a fucking badass, and that you can do it.”

First single “Born For One Thing” kicks off the album in typical Gojira fashion: hyper-focused but unhinged, confrontational and yet compassionate. “We have to practice detaching ourselves from everything, beginning with actual things,” Joe says of the song’s anti-consumerist message, which was partially inspired by the Tibetan and Thai philosophers he read in his youth back in France.

“Own less possessions, and give what you don’t need away, because one day we’ll have to let everything go, and if we don’t, we’ll just become ghosts stuck between dimensions.”

Gojira pivot to more earthly concerns on “Amazonia,” a lush ripper interwoven with indigenous folk instruments and Sepultura-inspired groove-metal rhythms. The soundscapes skew verdant, but the themes prove anything but idyllic, as Duplantier surveys the endangered Amazon rainforest, concluding: "The greatest miracle/ Is burning to the ground.” Proceeds from the song will benefit the indigenous Guaraniand Kaiowatribes, continuing Gojira’s career-long tradition of harnessing their music as a vehicle for environmental activism (their partnership with the Sea Shepherd Conservation Society goes back over a decade). “We don't want to just release a song called "Amazonia"-we want to do something on top of that,” Joe explains. “We feel a responsibility as artists to offer a way for people to take action.”

The album-long call to action comes to a head with “The Chant,” a slow-burning track singled out by Mario as Gojira’s most melodic material to date. Where past anthems were driven by nuanced dynamics and technical guitar arrangements, “The Chant” is a self-described “healing ritual” emanating primordial warmth, culminating in a harmony-stacked chorus that bridges the gap between ancient hymnals and contemporary rock. Consider Joe’s two-word rallying cry in the refrain-“Get strong!”-Fortitude’s mantra, as well as the band’s mission statement heading into this new, uncertain decade. Gojira struggled; Gojira persevered; Gojira rose. Now, it’s our turn...and the soundtrack is at the ready.

Grab you tickets for Gojira with Gigantic! 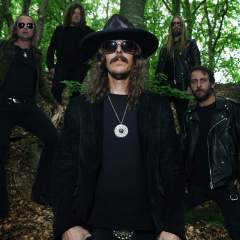 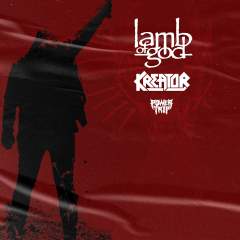 Heavy as F*$k and an exceptional stage show, cannot praise them highly enough.

Openers were great but Gojira stole the show

F...ing amazing. But the venue was way too hot

That's all we have for Gojira! Check out their upcoming shows