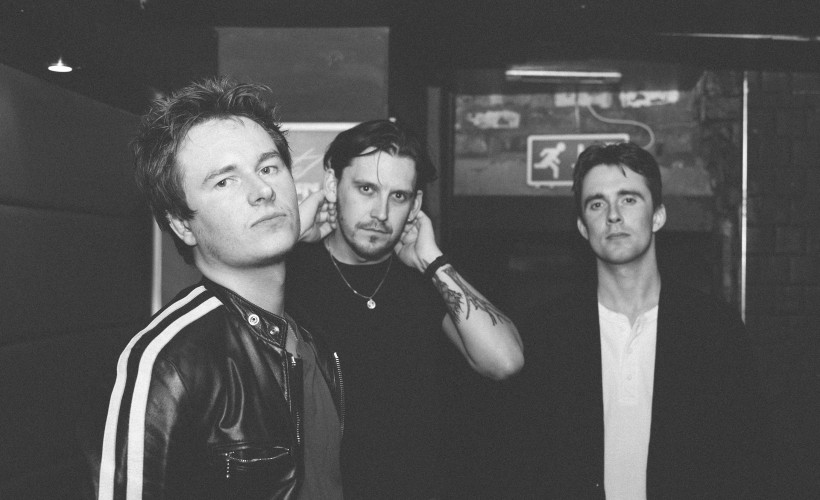 FALSE HEADS are pleased to announce that they will give their debut album It’s All There But You’re Dreaming a physical re-release on 22nd January 2021 via Lovers Music / Riff Factory.

With over 1 million streams on Spotify and over 500K on Apple Music and plaudits aplenty right in the middle of a global pandemic, False Heads now re-release their debut album with a limited edition ‘Vinyl Effect CD’ containing 2 additional tracks, plus the limited-edition Silver vinyl LP.

Following the rapturous reception of the debut album, the band are also pleased to reveal that Joe Cross (The Courteeners) has reworked ‘Twenty Nothing’ into a hook laden modern classic. Think QOTSA and The Pixies with a bit of The Ramones thrown in for good measure.

Commenting on the song, lead singer Luke Griffiths says: “Twenty Nothing was written with a despondent and almost nihilistic feeling towards the world and yourself as you go through your twenties; a difficulty to relate to other people in an increasingly tribalistic world where religious thought is encouraged and rewarded, even for the non-religious. I wrote it comparing the similarities between the inner struggles and the outer struggles of the UK and the world. The world felt like it was tearing itself to pieces at the same time I was.”

It’s All There But You’re Dreaming is the culmination of over 4 years of hard work from the post-punk trio, who have been going full pelt since 2016. The 12 tracks delve deep into the world of gnarly, outspoken, real-talk, riff-heavy rock music delivered with maximum authenticity and passion.

Without a doubt one of the most followed up and coming UK bands from the last few years, False Heads have delivered a journey of social subject matters, cultural talking points, political opinions and everything in between. It’s All There, But You’re Dreaming tackles topics that Luke Griffiths, Jake Elliott and Barney Nash have openly talked about in their lyrics since starting out, making this album their own musical timeline.

Commenting on the album, Griffiths explains: “It’s All There, But You’re Dreaming’ is the culmination of the last four years of our lives together and the last ten of lives individually - since we all picked up instruments in our early teens. The world is bleak and social media makes it bleaker. We get our information from our own echo chamber and we are our own tabloids. The album is trying to find a way internally of processing the external and that has themes of depression, misery and addiction but also slight bursts of optimist and individual joy."

"We didn't consciously think too hard about what we wanted musically, as it's a perfect summation of the last four years of us being in a band together. There's songs that are old and songs that are new and they have different sounds and feelings to them. But we did want to create something that is interesting and versatile which we think we did. It's not the same song 12 times and even though it's aggressive it's also delicate which is exactly what we wanted.”

After having their music featured on BT TV’s playlist, Soccer AM, not to mention constant radio support from Jack Saunders (BBC R1), Rodney Bingenheimer (Sirius XM), Steve Lamacq (BBC 6 Music), Gordon Smart (Radio X), John Kennedy (Radio X) and Huw Stephens (BBC R1) to name a few, False Heads’ reputation is picking up more pace than ever, with support from some of the biggest names in the business. It’s no secret that ex-Ramones manager Danny Fields has deemed them “one of the best live bands in the world,” whilst Iggy Pop said “they are young and talented and going places...if they came to my town I’d show up for that, if they come to your town you might wanna show up.”

Playing alongside Queens Of The Stone Age, The Libertines, David Byrne, Band Of Skulls, Frank Turner and ‘A’ is now something of the norm for False Heads.

That's all we have for False Heads! Check out their upcoming shows