Catch the alt-country band playing in the UK! 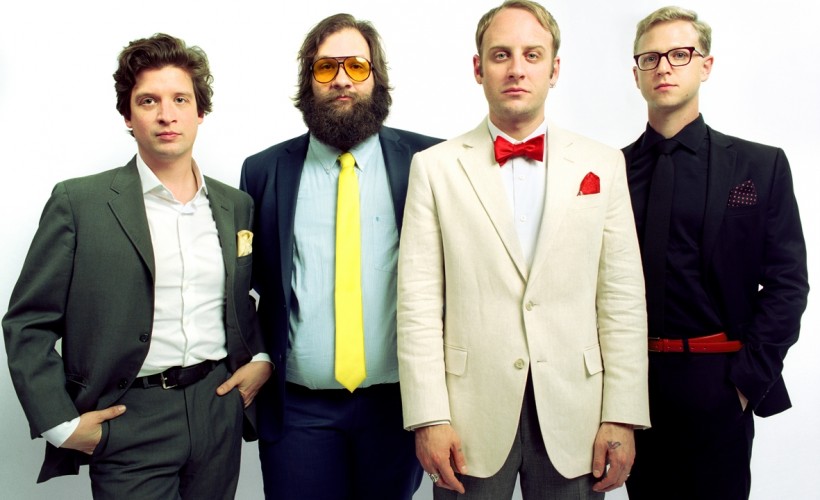 See them make two very special performances at Bristol Fleece and The Deaf Institute at Manchester at the beginning of the new year.

Everybody is really excited so the demand for Deer Tick tickets is super high meaning you will have to act fast and book yours before they are all snapped up. We make it easy for you to book gig tickets by giving you 24/7 access to the Gigantic site using a computer, tablet or smartphone.

We highly recommend that you get ahead by setting a personal reminder with Gigantic so we can alert you with a text message or an email as soon as they become available at 09:00 on Friday 13th of October.


The band have an exceptional back catalogue including debut album War Elephant, released in 2007. It has been followed by the records Born On Flag Day, The Black Dirt Sessions, Divine Providence and Negativity. Now they release two records simultaneously, the first rooted in folk and largely acoustic whereas the second is garage rock.

“I think a lot of my favorite artists have always done stuff like that,”
Deer Tick front man John McCauley says from his home in Nashville, reflecting on his band’s love of unexpected mashups: tender lyrics layered over pissed off guitars; classical music flourishes delivered nearly naked and high. Deer Tick’s perfected it all, mostly as an outlier, revered by a legion of fans, respected by peers, but not part of any one scene. With their highly anticipated new project(s), two new albums released simultaneously titled Deer Tick Vol. 1 and Deer Tick Vol. 2, the crew from Rhode Island prove that their punk-roots rock has only gotten better with age.

With their fans ever growing in number, many are after Deer Tick concert tickets but with limited supplies you will have to ensure you book yours before they are all snapped up. Having a huge range on offer and providing expert customer service, Gigantic is the very best place to book essential gig tickets and should be your first choice whenever you are planning your big night out.

Amazing live! All sosososo talented and had the best time! Would tell anyone to see them

That's all we have for Deer Tick! Check out their upcoming shows