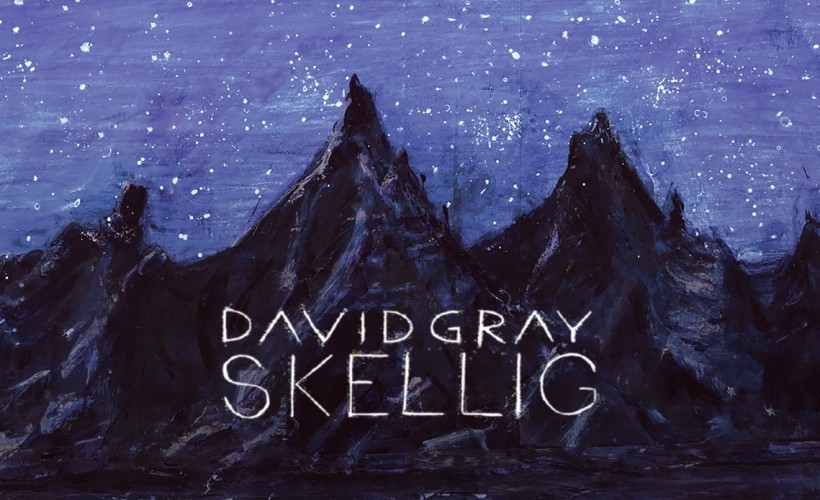 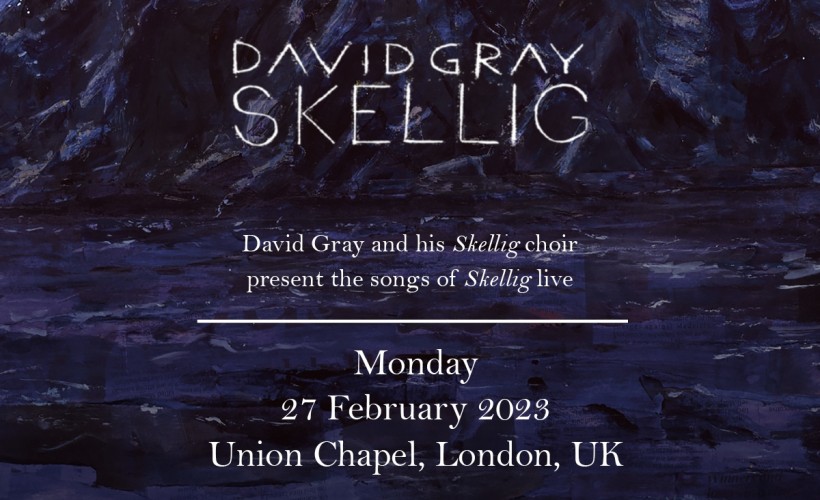 David Gray and his Skellig choir are to perform songs from his acclaimed studio album Skellig live for the first and only time in a series of five intimate shows in early 2023.

Gray's twelfth studio album, Skellig embarked on a sparser, communal soundscape with the atmospheric songs centring themselves around six-part vocals with Gray trading his signature gravel for a softer tone. The Times described the record as, “a reflective, warming album about the choices we make and why we make them”, whilst the Daily Telegraph wrote, “If your ideas of Gray are entirely based around his 1999 singalong hit Babylon, there is a good chance you are missing out on one of the most thoughtful and nuanced singer-songwriters of recent decades”. The dates include London’s Union Chapel on February 27th and Dublin’s National Concert Hall on March 4th & 5th. Tickets go on-sale Friday, October 21 at 10am.

Skellig takes its name from a formation of precipitous rocky islands off the coast of Co. Kerry, the most westerly point in Ireland. Ravaged by the Atlantic, the seemingly un-inhabitable location of Skellig Michael became an unlikely site of pilgrimage in 600AD for a group of monks, who believed that by leading such a merciful existence, they would leave the distraction of the human realm, to ultimately be closer to God. Gray asks for no literal translation of the above, nor prescribes any religious allegiance - but the story, told to him by a friend, has haunted his imagination ever since:

“The more I contemplated the idea of a small group of people landing on those rocks and establishing a monastic life there, the more overpowered I became by a dizzying sense of awe. How close to God could you possibly wish to get? Life must have been unbelievably hard for them and trying to fathom the deep spiritual conviction that compelled them to escape the mediaeval world lead me to acknowledge my own deepest longings to be free of all the endless human noise that we now so readily accept as being such an inescapable part of our day to day lives. Dreams of revelation, dreams of a cleansing purity, dreams of escape. Ideas that I think almost any 21st century person shouldn’t find it too hard to relate to!”

The multi-vocal layering that weaves throughout Skellig came to Gray through the unfolding of 2013’s Sounding Out Tour, where he recruited members of his live band" including Caroline Dale, David Kitt and Rob Malone - to experiment on his back-catalogue alongside him. The symbiosis between the singers conjured a “communal spirituality” akin to the essence of Skellig, planting seeds for what would later take shape. Gathering up Dale, Kitt and Malone, and with the addition of Niamh Farrell, Mossy Nolan and Ben de Vries, Gray ventured up to the coastal retreat of Helmsdale in the Scottish Highlands to live out the creation of the record. Welcomed by the kindness and hospitality of Edwyn Collins, his wife and son, the small, intimate studio felt a fitting location for a record eager to celebrate its Celtic affinity.

Join David and the band for this once in a lifetime intimate evening of music.

Get your tickets for David Gray - on sale with Gigantic!

Spotlight On: A Perfect Day

That's all we have for David Gray! Check out their upcoming shows