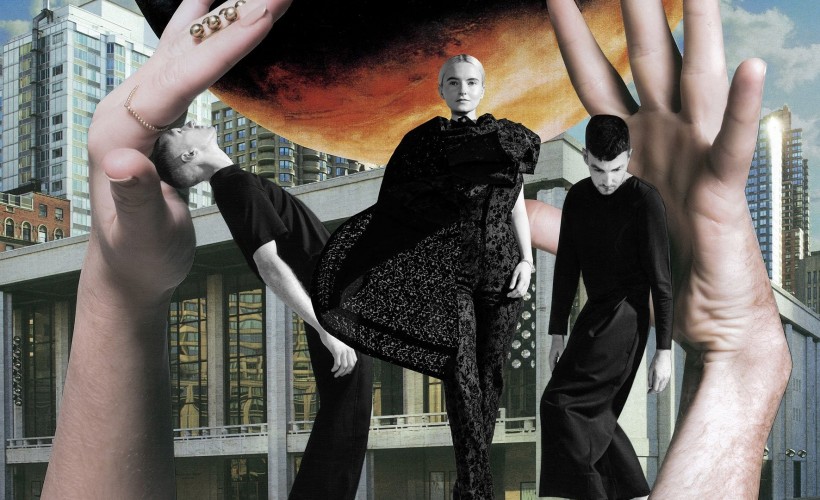 Epic!!!!!!! Clean Bandit are so good. Only problem I found which is common for all gigs is Bass too heavy! Upsets nuances o

My partner and I took out daughters aged 12 and 14, we had a great evening. Very family friendly, excellent sound quality and a real experience they wont forget. We will definitely be going back to this venue a great start to summer.

The band have previously topped the charts with their hit singles Mozart’s House and Rather Be. With an ever growing fan base, the band look set to break into the big time.

Their members include drummer Luke Patterson, cello and percussion from Grace Chatto, Neil Amin-Smith playing violin and piano whilst vocals are provided by Florence Rawlings, Elisabeth Troy and Jack Patterson who also plays bass and keys.

Clean Bandit formed whilst band members Jack Patterson, Chatto and Amin-Smith were study at Jesus College, University Of Cambridge. At the end of 2012 they released they debut single A+E which only just charted but excited critics and paved the way for their debut album New Eyes. Their subsequent single Mozart’s House fared much better and climbed all the way to #17.

However, it was to be their single Rather Be which would truly excite peers and listening audiences. Featuring the massive talent of Jess Glynne, the track would become the fastest selling single since 1996 and shoot to #1. The 3x Platinum single would remain at the top of the charts for four weeks upon its release in 2014 and sell over 1.3 million copies. It was awarded a Grammy for Best Dance Recording cementing it as a classic forever.

After heavy touring, Clean Bandit released their new single Tears which features vocals from The X Factor winner Louisa Johnson and re poised to release their highly anticipated second album.

See them play at the fantastic O2 Academy Birmingham on Friday 3rd of November 2017.

Following their recent sold-out UK headline tour, Clean Bandit are very pleased to announce details of more UK headline shows, which will take place throughout October. The autumn tour, which will include a date at London’s Brixton Academy will be in support of the group’s debut album ‘New Eyes’, which is due for release on 2nd June.

In the midst of what’s been nothing short of a triumphant year, Clean Bandit will release their brand new single ‘Extraordinary’ feat. Sharna Bass on 19th May through Atlantic Records.

Clean Bandit is a British group who are best known for their singles "Mozart's House" which debuted at number 17 on the UK Singles Chart and "A+E" that reached number 100. The band was founded in 2009

At the time, Chatto was leading a string quartet together with Amin-Smith. Chatto was Patterson's girlfriend at the time and Patterson would record Chatto's performances. He started re-mixing these recordings with drum beats and other electronic music he created and let Chatto listen to these recordings which she liked. One of their friends then wrote lyrics for the piece and the song "Mozart's House" materialised. Eventually, the idea of forming a band came.

The band's name, Clean Bandit, comes from a translation of a Russian phrase (Chatto and Patterson lived in Russia for a period); the meaning is similar to the English phrase 'utter' or 'complete bastard'