Home Rock And So I Watch You From Afar Tickets 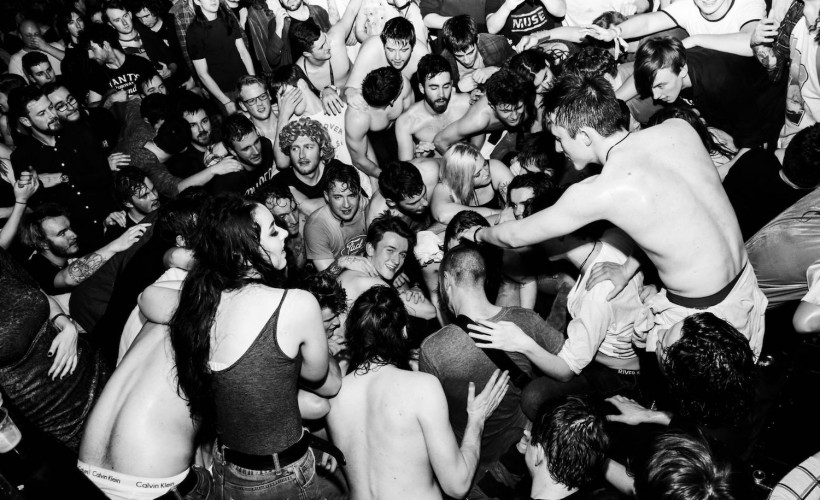 Earlier this year, legendary Northern Ireland based instrumental outfit And So I Watch You From Afar released their ambitious upcoming multimedia album Jettison, via Velocity Records in partnership with Equal Vision Records. Through 40 minutes of sonic exploration spread across nine distinct parts and a visual accompaniment by artist Sam Wiehl, Jettison traverses the various shades of ASIWYFA's euphoric instrumental output. The Arco String Quartet adds moments of ethereal elegance, juxtaposed against cryptic dialogue by Emma Ruth Rundle and Neil Fallon throughout the album.

On the scope of their latest work, the band had this to say:
“Nothing in our repertoire comes close to the ambition of this latest project - the multimedia piece Jettison. The album is a memorable experience that transports the listener away from the tumultuous times and into a blissful musical utopia.”


And So I Watch You From Afar are back! They have just announced a huge headline date at The Workman's Club, Dublin on 31/12/2022.

Life is busy which means it is easy to miss out. So, set a personal reminder with Gigantic which will alert you with an email or a text message just prior to the release of And So I Watch You From Afar gig tickets at 10:00 on Monday 12th of September.

And So I Watch You From Afar were born from freezing cold winters on the northern most tip of Ireland. They play raw, charging, experimental music that is hard to define. Sometimes angular and noisy, sometimes pulsing, euphoric, overwhelming. The joy, the power, the escapism found in their live shows is fabled. In 2006 they jumped in the van and didn’t stop. Across Europe, USA, Russia, Asia, Central America, Australia, touring relentlessly, they’ve slowly built a cult following around the world. The true spirit of independence, the definition of DIY, Arte Povera, of realness and resolve, ASIWYFA is a place you can find your own ideas to believe in, all alone, all together. Off the back of their sold out Jettison shows and to celebrate the reopening of cities and borders ASIWYFA and ATC Live are delighted to announce the band’s much anticipated return to touring with an extensive run through Europe and the UK.

Grab And So I Watch You From Afar tickets with Gigantic! 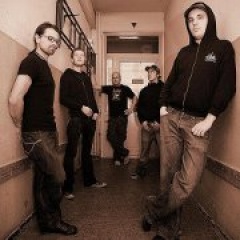 Verified purchase
One of the best gigs I've ever been to.

I've seen ASIWYFA once before and they were fantastic but this was truly one of the best gigs I've ever seen. The venue is just great, relaxed atmosphere, up-close and personal and seeing such a powerful band in a relatively small space was mind-blowing. Just wonderful!

And So I Watch You From Afar, The Big Difference (formerly The Cookie), Leicester - 14th November 2018

ASIWYFA always manage to bring a crowd together to journey their live musical terrain. It's like the guitarist/singer said, 'these shows never feel like playing to an audience, it feels more like hanging out and playing for our mates'. It felt just like that, no one track was as important as the next and watching them never felt like I was hanging on for a particular song. Every song was great. Being able to pull an array of emotions out of people without needing any lyrics (save for the loved chorus of harmonic one note/word vocals on a few songs) is a gift and it was displayed at the Thekla. Sound was very good - for all acts -and the light show completed their performance with perfect enhancement for the size that was available. A mention too for the ASIWYFA merch guy who solved a problem for me with no hassles, questions and much generosity. Venues are all unique and all have perfections and flaws, the Thekla is an amazing place which is down to its sheer aesthetics. A boat that is a sound hall for gigs?! Unfortunately the under structures of a boat can't be altered much so there are a few visibility issues from certain points, just a minor gripe. Staff were awesome, with as much character as the venue. So, for £15, the intimacy and experience was far better than some bigger and more expensive shows that I have been to. If you get the chance to either see And so I watch you from afar OR go to the Thekla to see a band then definitely do so.

That's all we have for And So I Watch You From Afar! Check out their upcoming shows