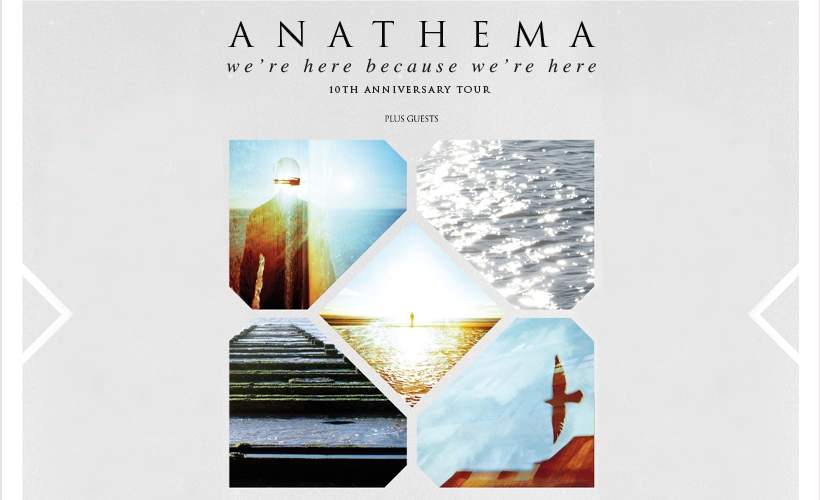 The members of Liverpool rock ensemble Anathema have a fairly fluid approach to band structure. This vibrant band of musicians share the duties between them, and frequent line-up changes keep their sound fresh and original. Formed in 1990 as the Pagan Angel, they started life as death/doom exponents. Although their music still has some distinctly dark touches, they realised that a more audience-friendly sound works better, and today are regarded as one of the best avant garde indie bands on the circuit. Their appearances this year are limited, but fortunately at Gigantic we have Anathema concert tickets available for their two gigs for 2016.

The only opportunity to catch a retrospective wander down memory lane with Anathema will be on Monday 7th of November at The Assembly in Leamington Spa, they will then play at Reading’s Sub 89 on Tuesday 8th of November and then again on Tuesday 15th of November at Southampton Engine Rooms. We anticipate that Anathema tickets for these dates will be in high demand.

The shift from death/doom and Goth to progressive rock has opened up Anathema to a much wider and more appreciative audience. Despite the frequent line-up changes and course-corrections in musical direction, Anathema has developed a cohesive sound that is as relevant now as it was 25 years ago. Today, the band are focused on the prog rock direction, but rather than the ambling, rambling, 15-minute guitar solos of the 1970s, this modern interpretation of prog rock is energetic and punchy. There is still plenty of experimentation and elements of doom and Goth metal in their work, but it’s not as challenging for the audience and is infinitely more ‘listenable’. To understand the band’s progress, their back catalogue of albums spans their entire timeline, from the debut 1992 EP ‘The Crestfallen’, through to their most recent work, 2014’s ‘Distant Satellites’.

Anathema tickets can be yours from 09:00 on Monday 8th of August. Be sure to set a personal reminder via text or email on Gigantic.

Get tickets for Anathema with Gigantic!

A great performance last night and they just keep on getting better. Good to hear a fair selection from The Optimist. Like the venue although it's in a bit of a run down area.

That's all we have for Anathema! Check out their upcoming shows