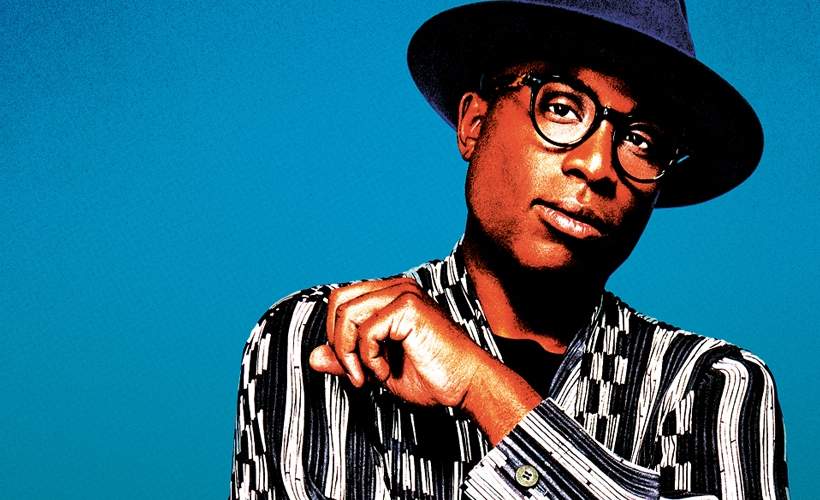 Alexis Ffrench will be showing his stuff when he plays unmissable headline sets at Barbican Hall in London, St Georges at Bristol and Sage Gateshead during October 2020.

UK contemporary pianist, composer and producer Alexis Ffrench has scored his second number one album on the UK official Classical artist albums chart with ‘Dreamland’. The album which was mixed at Abbey Road Studios and mastered at Air Studios, and featuring collaborations with GRAMMY nominated cellist Tina Guo and the Royal Liverpool Philharmonic Orchestra, sees Alexis propel himself to further heights, offering up the album as a source of comfort in troubled times for listeners.

“As a classically trained musician with a love of Bach, R&B and roots music, Alexis Ffrench defines a unique sound” - The Daily Telegraph

“breaking stereotypes is what Ffrench is all about” - Evening Standard

We are also incredible excited to be able to offer you Alexis Ffrench tickets, but we must also make you aware that the demand is sky high so you will have to book yours before they are all snatched up. Fortunately, placing an order for your favourite gig tickets is made easy with Gigantic as you can access our site from the comfort of your home or whilst busy and on the go using a computer, smartphone or tablet.

Having suffered the loss of his classmate, closest confidant and fellow pianist to suicide, Alexis feels passionate about encouraging people to look after their mental health and find the right outlet to help them. He regularly receives messages from listeners who say his music saved them, an incredible and inspiring thing for anyone to hear.

Alexis is passionate about music education, something that stems from his unusual method of learning the piano whilst growing up: on the kitchen table. Not having access to a piano at an early age didn’t inhibit him; instead it has fuelled his passion for ensuring music education is accessible and that young people feel empowered to create. His compositional prowess makes him one of the leading artists of the moment, at the forefront of bringing social change through music.

This aforementioned drive for change was evident when Alexis led a workshop with The Prince’s Trust which offered young Londoners with a passion for music the chance to develop skills in songwriting, musicianship, production and more. ‘Get Started Writing Music’ saw eight participants work alongside Alexis and a host of musical guests - including Marvin Humes, MJ Cole, Abi Ocia and more - to create five powerful and diverse tracks which drew on the talent of the participants.

Alexis regularly releases tutorial videos online offering budding pianists the chance to play along with his music, endeavouring to make all areas of music education more accessible. He recently appeared on ITV’s Good Morning Britain to perform alongside presenter Charlotte Hawkins, whose new year’s resolution was to learn ‘Bluebird’ by Alexis Ffrench, in a bid to encourage more people to learn an instrument.

Alexis’ childhood was spent listening to and emulating trailblazing artists such as Stevie Wonder, Bob Marley and Ella Fitzgerald, whilst also learning the works of Beethoven, Bach and Chopin, and to this day he takes inspiration from contemporary artists who represent the diverse and multifarious contexts of black culture, artistry and musicianship. This musical fluidity has allowed him to create a sound representative of his love for contemporary music (Kendrick Lamar, Chance the Rapper) and his classical training (Purcell School of Music, Royal Academy of Music and Guildhall School of Music and Drama). New album ‘Dreamland’ is a place with no musical barriers: it doesn’t matter if you prefer Bach or Kendrick Lamar, there’s succour to be found in Alexis Ffrench’s universe.

In the past two years, Alexis has performed in New York, Madrid, Milan, Paris, Amsterdam, Hamburg, Japan and London, including the stunning Union Chapel and Queen Elizabeth Hall in London, which he sold out in 2019. With over 200 million streams and two million active monthly listeners, Alexis is a leading voice in the modernisation of classical music.

Alexis Ffrench concert tickets are expect to sell put very quickly so book early or risk missing out altogether. Gigantic has been trading for ten years so stick with us to take advantage of a decade of experience with our excellent customer service and a huge range of essential gig tickets.

Get your tickets for Alexis Ffrench with Gigantic!