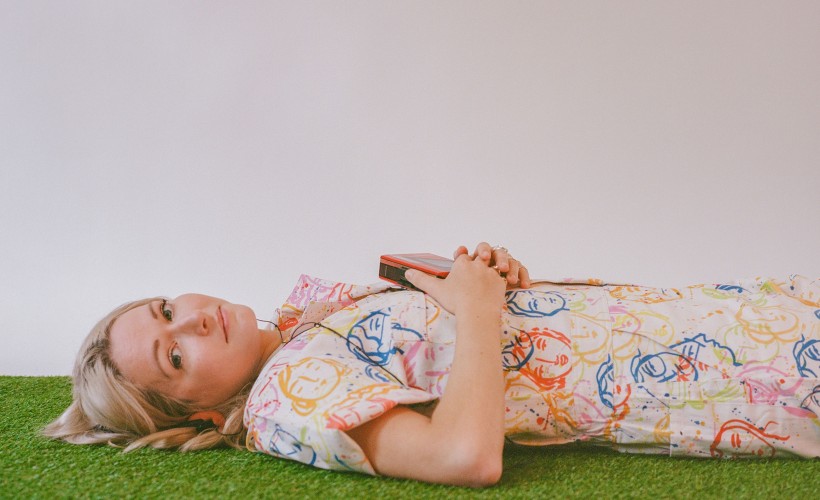 2022 has already seen Ailbhe Reddy make her debut at The Great Escape, Visions Festival and Latitude Festival, winning great swathes of new fans along the way. Today, new single ‘Shitshow’ - a humbling account of a party’s aftermath set to fuzzed-up, down-trodden guitars - officially heralds the announcement of her new album. Ailbhe Reddy comments on the single: “Shitshow came from a lyric I played with for a few months which was "my god, look at the state of me, this is so embarrassing, won't you take me home?" It's kind of addressing another person and kind of addressing myself from the perspective of the morning after. I had those lyrics for a while and while working with Tommy McLaughlin on the record he jokingly said we should call the album Shitshow and I vowed to work that word into a lyric so it perfectly fit into this song. It's about looking back on a night out with regret while also addressing and apologising to an ex-partner about my antics. The first verse is to myself and the second verse is to someone else. It's kind of a tongue in cheek examination of a bad hangover.”


“Tell me how did I get here? this endless pitiful affair.” It’s quite the lyric for Ailbhe Reddy to open her new album Endless Affair with, but one that smartly captures the central idea it addresses: the challenges we face in letting go and accepting finality.

With her new album Ailbhe Reddy poses these ideas across a spectrum covering the playful and up-beat to the sombre and heart-wrenching, plotting the album’s path in a way that mirrors life’s own evolution from the care-free to the serious. Its opening run of tracks - in particular new single ‘Shitshow’ and ‘Inhaling’- crave revelry and reflect on the wilder side of a youth increasingly viewed in the rear-view mirror. The likes of 'A Mess' soar atop a swell of fuzzed-up indie-rock and a chorus of joyous hollers, while the come-down hits on the quietly brutal ‘Last To Leave’. Once the final notes of the album’s arresting centrepiece ‘Shoulder Blades’ ring out, there is a palpable sense that the struggle to let go is shifting away from the backdrop of the party and into that of relationships and mortality.

This is where Endless Affair leaves the party and matures further into a story of more certain endings and letting go of life. When the album reaches its penultimate song, the stunningly vivid ‘Pray For Me’ - penned after the passing of Ailbhe’s grandmother - the strength of her song writing ability is laid out starkly. She instinctively straddles the line between emotional honesty and vulnerability, while delivering tongue in cheek moments, youthful stupidity, anger, defiance and heartache. Endless Affair exists as many of these things and leaves us with the final thought that we also do: you can be a party animal, a f*** up, a good partner, a bad partner, sensitive, unkind, a good daughter, and a bad one. All of this is rendered impressively in Endless Affair.

That's all we have for Ailbhe Reddy! Check out their upcoming shows