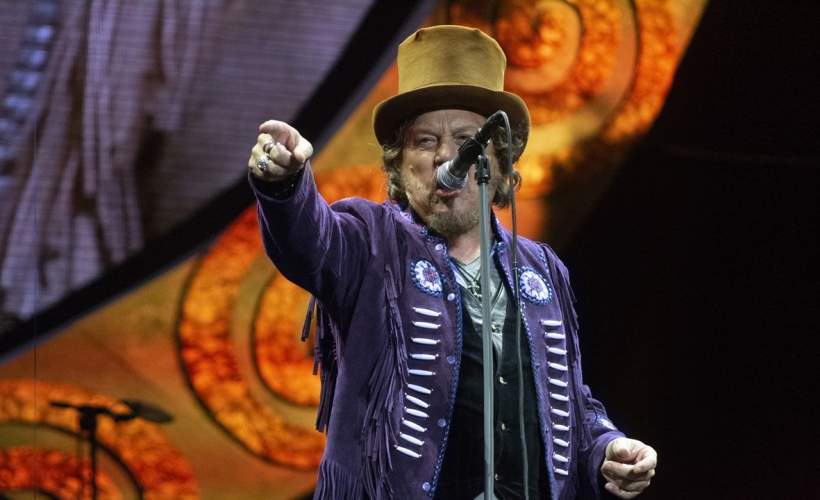 "Zucchero and his band awesome"

Outstanding fantastic the best concert l have ever seen

Zucchero is a singer, songwriter and musician extraordinaire. The guitar god has enjoyed a career spanning longer than three decades. His music draws on traditional Italian ballads, R&B, rock and blues. The latter of which he is credited for bringing to his home country.

You can see him perform two nights at Royal Albert Hall in London on June 10th and 11th during 2020.


A musician of exceptional talent. It is no surprise that he has worked with some of the world’s greats, including Eric Clapton, Jeff Beck, Stevie Ray Vaughan, Brian May, Miles Davis, Ray Charles, B. B. King, Sting, Bono, Paul Young, Peter Gabriel, Luciano Pavarotti, Andrea Bocelli among others.

Having sold over 50 million records sold worldwide and received a Grammy nomination, Zucchero is a global phenomenon and continues to enjoy global success.

Adelmo Fornaciari took his stage name Zucchero, meaning sugar, from a nickname given to him by a school teacher. Playing the guitar from a young age, Fornaciari showed immediate promise as he explored his new found love of blues and R&B.

Fornaciari made a name for himself from a young age winning festivals and invited to play ever more important events, marking his rise to the famous celerity today.

Audiences can expect to hear a wide selection of fantastic songs from his impressive back catalogue of hits which include Senza Una Donna, Baila, Così Celeste, Cuba Libre, Everybody's Got to Learn Sometime, Diavolo In Me, Il Volo, Miserere and Diamante. Don’t be surprised if you hear a few new songs too!

As ever, we only have limited stocks of Zucchero concert tickets being made available by the event organisers so you will have to ensure you book as soon as they are released or else it is highly likely you will miss out. With more essential gig tickets being added everyday plus an excellent customer services team on hand to help with every enquiry, award winning ticket vendor Gigantic should always be your first call whenever you are booking for your big night out.