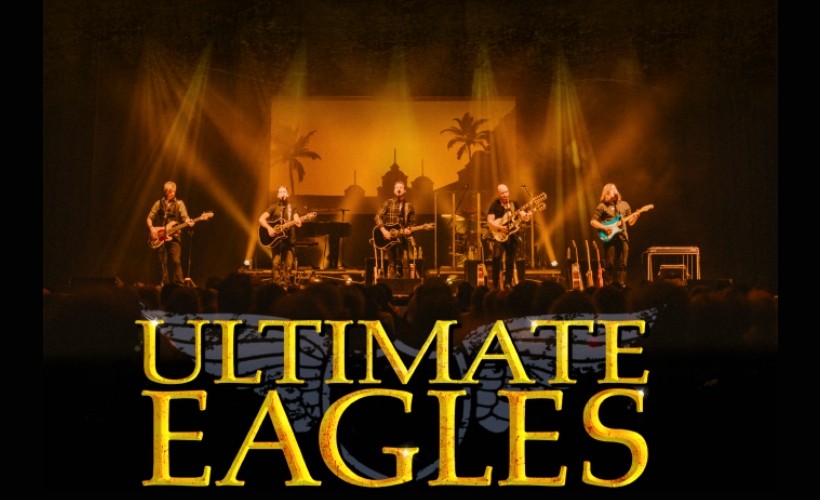 Ultimate Eagles have amazed crowds around the planet with their immaculate recreation of the original Grammy award winning Californian rock band Eagles. They have performed in front of ecstatic audiences everywhere and can claim the support of over 200,000 fans worldwide whilst also receiving an impressive 4 million YouTube hits.

Enjoy a nostalgic trip guided by Ultimate Eagles as they perform the masterpiece songs from every album and every era of the original band with perfect accuracy and reverence. Their songs include such hits as Hotel California, Take It Easy and Life In The Fast Lane. The band is comprised of expert members who can boast of playing with the likes of Colin Blunston, Paul Young, Lulu, Thunder and Queen.

They have been invited to return to play Car Fest North and South for three consecutive years by none other than BBC Radio 2, The One Show and TFI Friday presenter Chris Evans where they have played in front of audiences of 35,000 thrilled festival revellers.

Bolstered by the huge success of their 2015 European Tour the remarkable tribute band look set for even greater things.

See them play an amazing tour across the UK in celebration of forty years of the ultimate Eagles album Hotel California. Released in 1976, the record has sold over 32 million copies worldwide and was ranked at #37 in the Rolling Stone compiled list of The 500 Greatest Albums Of All Time.

Ultimate Eagles will be playing at Academy 2 in Manchester and William Aston Hall this September. Then, in October, they will play Islington Assembly Hall in London and The Robin at Wolverhampton during December.

“Superb! Do not expect a lookalike band, these are real musicians with real passion” - Mail on Sunday

“As close to the originals as you are ever likely to hear. ” - Daily Mail

That's all we have for Ultimate Eagles! Check out their upcoming shows