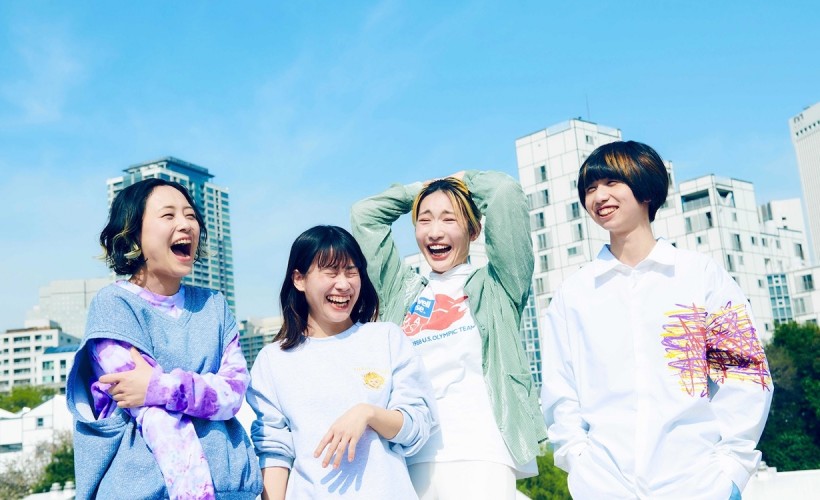 All in all a pretty favourable experience, the venue was easy to find although the immediate surroundings look a bit run down, however only about 7-9 mins walk from Cardiff Central (rail) Station & minutes from the main shopping centre & stadiums so quite convenient. The gig was on the top floor of the 3 storey building so quite a climb to the lobby/ bar area which has the toilets opening off them opposite the doorway into the hall & stage. Drinks were fairly priced & staff good. Tricot & their support act delivered very good performances and I would see them again if they came next year. A few things could have made it better from my point of view : 1) Doors didn't open until 7.30PM - could & should be earlier where a support act is booked and there is no meet & greet. 2) There is no cloakroom for coats & bags which is inconvenient if you have come a medium to long distance or the act is selling product you don't want with you for the gig. 3) The music volume was excessive whether at the centre or at the sides, overloading my ears being an ongoing issue, neither of the acts were metal so I thought it my age but I had no probs. at The Underworld in Camden Town with power metal group Bridear a month later & (younger) fans at both gigs had the same experience. 4) I was surprised at the lack of Tricot product on sale compared with the Bridear gig, & the Band-maid performance the previous October. They had their new album on CD & vinyl which I purchased, along with a t-shirt and that was it, no older releases which I'd have willingly bought, or posters - maybe they ran out but this seems unlikely with the continental leg of the tour to do. Thanks for inviting me to comment

That's all we have for TRICOT ! Check out their upcoming shows