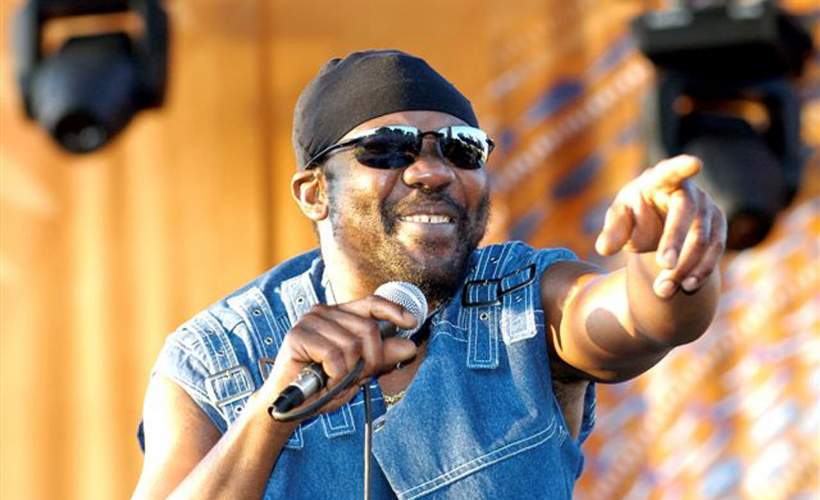 Toots and the Maytals Tickets

Toots and the Maytals Tickets

I thoroughly enjoyed watching Toots & The Maytals at Nottingham's Rock City venue. It was well worth the journey from Mid Wales once more to visit one of my favourite venues.

Brilliant night, unforgettable.. waited months for this and it never let me down.

Toots And The Maytals are the ultimate reggae experience!

Later in the year, you can also catch them at De La Warr Pavilion in Bexhill on Sea on Friday 14th of August, plus Brighton Dome, iconic Nottingham venue Rock City and The Nick Rayns LCR in Norwich during September 2020.

Original reggae legends Toots And The Maytals are back. Massively influential, the band have changed the face of music as pioneers of ska and reggae over the five decades of their career and have been nominated five times for a Grammy.

Their hits include Pressure Drop, 54-46 (That's My Number), Sweet and Dandy, Monkey Man, Funky Kingston and Reggae Got Soul.

The heroes have returned to the stage after three years of recovery and intensive medical care due to Toots being struck by a glass bottle whilst performing.

As the excitement builds the word is spreading. We expect massive demand for Toots And The Maytals tickets and so it is really important to act fast and book yours before they are all snatched up. Fortunately, placing any orders for gig tickets with Gigantic is made easy as you can access our site 24/7 using your computer, tablet or smartphone whist relaxing at home or whilst out and about.


Led by Frederick “Toots” Hibbert, the band was formed in Kingston, Jamaica in 1961 and began to enjoy chart success whilst working from Studio One.
Clearly marked for greatness, the band won the first ever Jamaican Independence Festival Popular Song Competition in 1966 with their song Bam Bam.

Their 1967 song Do The Reggay is historically significant as it is the first recorded song ever to use the word reggae.

1980 saw the band make a Guinness Book Of World Records attempt. They recorded, pressed and distributed a new album to record stores ready to sell the same day. Although the band succeeded in their task it was not admitted to the book as their record label had failed to notify the adjudicators before the attempt.

Their 2005 covers album True Love won the band a Grammy Award for Best Reggae Album. On the album Toots and the gang worked with such seminal artists as Willie Nelson, Eric Clapton, Bonnie Raitt, Keith Richards, No Doubt, Ben Harper, The Roots and Shaggy.

Again, please ensure that you place your order as soon as possible because there are only limited amounts of Toots And The Maytals concert tickets being made available and with everyone interested, they will not last long!
Gigantic is the award-winning gig ticket vendor with well over ten years-experience which provide you with a dedicated customer services team ready to help with your every query when you are looking to book for your big night out. So, we are always the right place to come when you need to get your essential gig tickets.

Related to Toots and the Maytals

Be Sure To See Toots and the Maytals

Toots And The Maytals concert tickets on sale with Gigantic