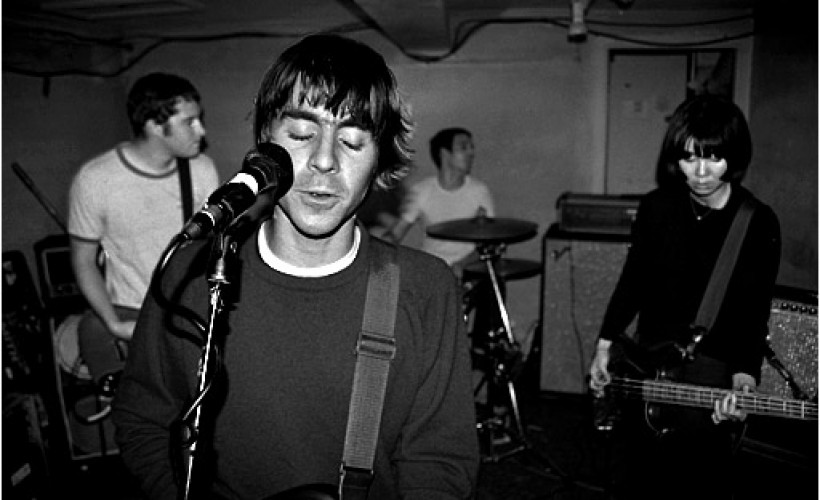 The Old Cold Store (next to the Vat & Fiddle), Nottingham

About The Van Pelt

After twenty-five years of anticipation, New York City cult indie favorites The Van Pelt will release their first new recordings in Spring of 2023. The band's upcoming album, titled "Artisans & Merchants," will be released jointly by Spartan Records in North America, La Castanya in Europe/World and Gringo in the UK.

Reunion show soundchecks revealed that this band has a voice that was prematurely muted by their inability to see clearly in the thick of their rise. More than two decades later, The Van Pelt has returned to explore what was left behind with a new collection of songs, "Artisans & Merchants." This is not a reunion album. This is vindication. For lovers of The Van Pelt, listening to "Artisans & Merchants" is like hearing the voice of a dear friend you haven't seen in years -- a friend you used to share countless beers with over banter that went nowhere other than delivering a solid night. Your friend is older, they've changed. In some ways you're worried for them, looks like they might be teetering on the brink of something. In other ways it's the same old them, a nugget of a soul too unique to ever be altered. It's for those unfamiliar with The Van Pelt though for whom we should be truly jealous.

That's all we have for The Van Pelt! Check out their upcoming shows