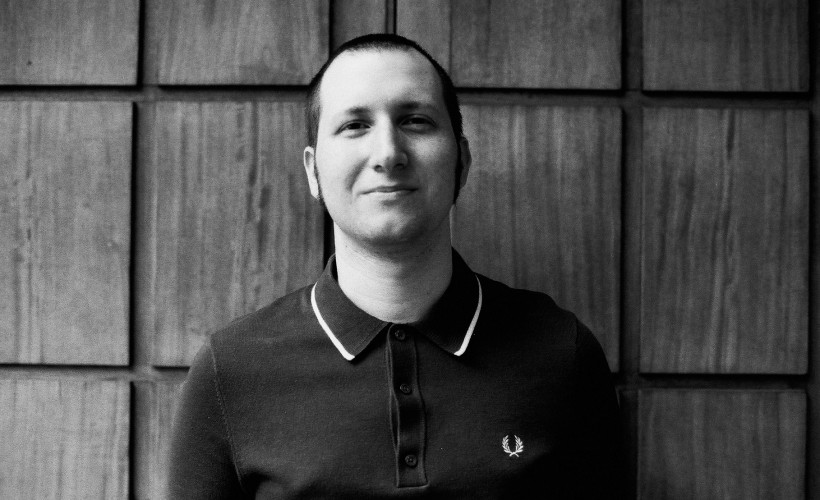 About THE KEVIN FINGIER COLLECTIVE

“What an outstanding slice of New Breed R&B” -
Craig Charles

After the stunning success of his recently released 45's in the UK Soul/Mod scene, Argentinian producer Kevin Fingier is flying in to perform his hits with an All Stars backing band featuring musicians from The Style Council, Snowboy & The Latin Section, Zoot Money’s Big Roll Band and Dexys Midnight Runners. Vocals will also come from R&B vocalist Sister Cookie.
In a Soul/R&B scene where people mostly love 1950’s and 1960’s music, his retro but modern productions have been more than well received, receiving radio play from
Craig Charles, Gilles Peterson, & Huey Morgan. This support has led his records to constantly sell out. His “Why Don’t you go home / Cocktail De Medianoche” single is the best selling 45 on Acid Jazz Records in the last 20 years.

Kevin Fingier's career as a musician and producer hasn’t started with Soul music but with the Early Reggae band he founded, Los Aggrotones. During that time he produced many Jamaican legends such as Pat Kelly, Derrick Harriott, & Cornell Campbell and has recently produced an LP by original Trojan Records house band The Cimarons.

That's all we have for THE KEVIN FINGIER COLLECTIVE! Check out their upcoming shows