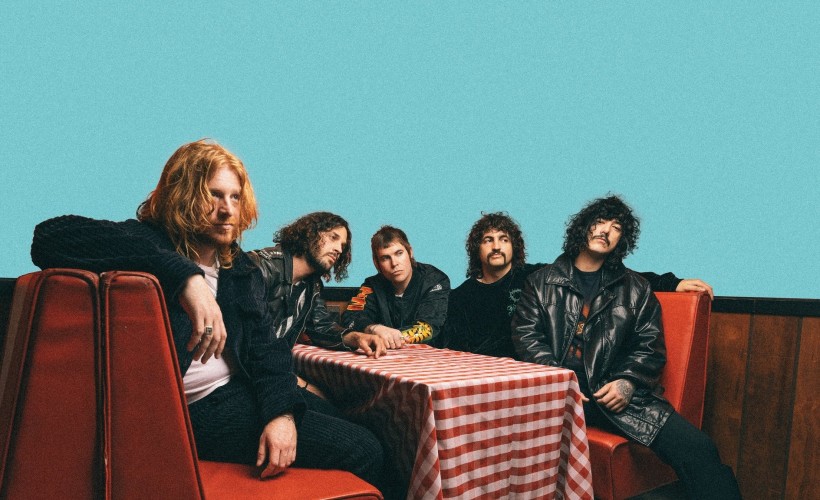 These Sydney based rude boys have been touring for two years, to increasing crowds and are delivering a refreshing vibe to Australian music as they present their unique melodic, mash of psychedelic, pop and roots music to throw shapes to.

For the comparison minded: the kiwi dub bands and the bands of the english two tone rush get a shake in the sticky fingers sound, whilst doused in textural, psyche-y and atmospheric melodies that push out the rhythm section’s blunt soundscapes.

2013 saw the debut album released caress your soul from which three singles went onto high rotation on the national Australian radio station triple jjj. caress your soul, the first single charted in the Australian national charts top twenty, and the album went into the top 40 where it stayed for 3 weeks. the single also made record of the week at 3fm in Holland, and picked up interest in every territory the band played including rtl2 in Paris.

2013 also saw them complete a 24 date national tour selling out venues across Australia before embarking upon a 32 dates tour through Holland, France, Belgium and England achieving sell out shows in both Amsterdam and London.

50 years since The Rolling Stones released Sticky Fingers we celebrate with a live rendition from The Sierra Band, playing the songs true to original arrangements and key.

Are you looking for Sticky Fingers tickets? Come to Gigantic!

Gigantic has your tickets for Sticky Fingers

best band in the world

One of the best live performances I’ve ever been to . Support group excellent as well which was a bonus . A truly brilliant night of great music . Great venue to see such an awesome band ....going to be painful to have to wait to see them again !

That's all we have for Sticky Fingers! Check out their upcoming shows