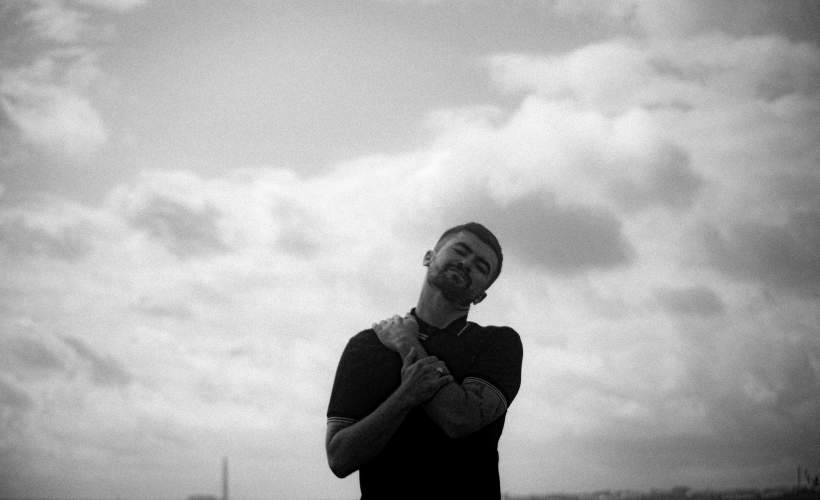 Who is Sean McGowan?

It's fair to say that Seán McGowan has been “grafting” since Day One. Since 2009, the Southampton born singer has toured over 20 Countries and performed at numerous festivals; all whilst juggling reality with jobs such as: Barman; Cleaner; Kitchen Porter; Tour Manager; and, most recently; a Barber. Unafraid of “getting stuck in”, McGowan is still chipping away; delivering songs, shows and mentality of working-class truth that resonates beyond the shores of the UK and across the Globe. Unapologetically: “warts 'n' all”.

With Five EP's (McGovernment, The People's Music, Look Lively, Graft & Grief, Curate Calm Create Chaos) and One LP (Son of the Smith) under his belt, it would appear McGoo's poised for a new offering. Records that have landed him support tours with artists such as: Frank Turner; Billy Bragg; The Levellers; in addition to festival slots at: Glastonbury; Bestival; 2000 Trees, and many more. Refusing to stay idle has seen Seán grow both as an Artist and a Human. Sold Out headline tours, relentless effort and constant progression have set him up for what will be his biggest move to date.


Where can I see Sean McGowan play live?


Where can I get my Sean McGowan tickets?

Sean McGowan gig tickets are just about to be released with Gigantic. Set an event reminder to be ready for them coming on sale at 10:00 on Friday 2nd of December.

We share your passion, so you know Gigantic has the best choice in tickets for shows and festivals!

That's all we have for Sean McGowan! Check out their upcoming shows