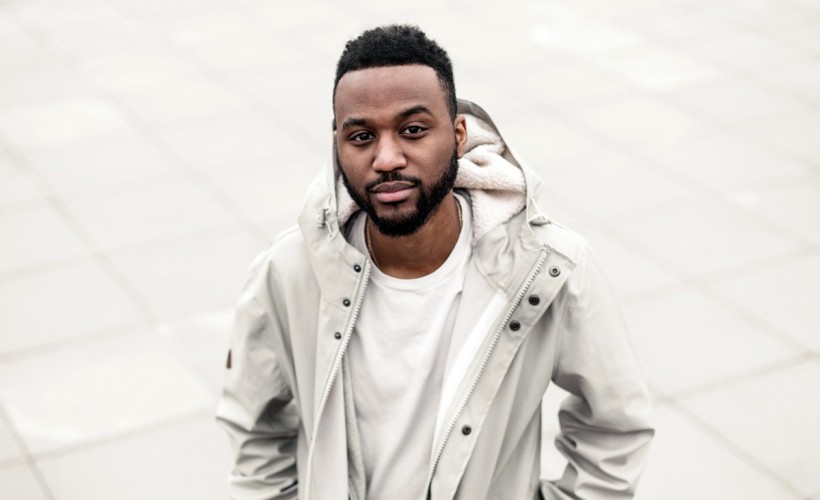 Inspired by Japanese animation, electronica and Brazilian beats, Michigan-based hip-hop producer Sango is hot property. Having already produced tracks for Tinashe and Boi-1da, it’s a safe bet that he’s soon to emerge from the shadows - without having to compromise his sound or his integrity. Catch his R&B-tinged brand of electronic wizardry at this one-off London show - Sango tickets are available here at Gigantic now!

Born and raised in Seattle, Washington, Sango was exposed to a wide variety of music from an early age. With a beat-making brother as his mentor he began shaping his own sound in the 6th grade. Fast forward several years and Sango, who is currently studying Graphic Art at university, has developed into a producer and beat maker of note - a star on the rise making any Sango tour date an event for the diary.

Combining the thought-provoking experimentation of Flying Lotus with the smoothness of Pharell, Sango’s music has genuine warmth that translates to his live shows. A Sango concert is an opportunity to witness a technician at work - a musician who effortlessly combines Brazilian balie funk with futuristic overtones to create a soundscape that is rich and progressive.

With his acclaimed 2010 mix tape Unfinished & Satisfied under his belt, Sango completed his first full-length Album in 2013. North is a 13-track exploration of all that makes Sango tick - with the many highlights of this record sure to make an appearance during his London show.

Tickets for Sango’s June 3rd date at London’s Village Underground - located in Shoreditch and with a capacity of 700 - will surely move quickly as listeners take the opportunity to check out a rare appearance this side of the pond. To avoid disappointment, book tickets today right here at Gigantic.

Get To Know Seattle DJ Sango

The dj at the end really topped off the already incredible night of Sango who was fantastic.

That's all we have for Sango! Check out their upcoming shows