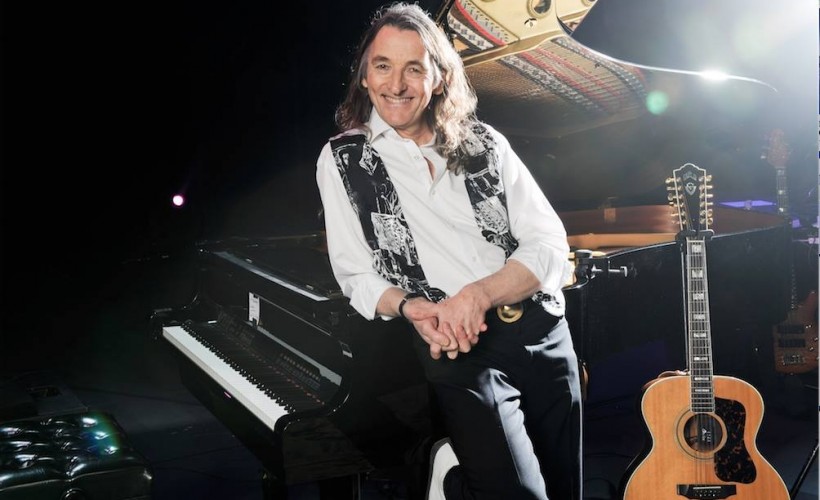 What a happy evening. Lots of rekindled memories - am I really that old?

This guy/ supertramp band had been on my to see tick list for many years now, WOW what an amazing experience inside the iconic albert hall. I couldn't have wished for a better concert , the atmosphere was electric what a humble soulful man he is. I truly believe every word he spoke re, coming back to play at the R.A.H its like its his spiritual home. from the first minute they walked on stage, him and his band just oozed quality with their delivery of songs on magnificently tuned instruments. the sound from where I was sat up in the rousing circle was incredible,the lighting and backdrop was amazing I was so emotional all the way through the concert especially when he played the house organ. the staff at the R.H.A were very kind, courteous, and helpful and very well trained and VERY informative. what a truly memorable experience one I will never forget

"The best ever is the Roger Hodgson white band"

The best ever is the first time i see Roger Hodgson

This was our third Roger Hodgson concert, our second at the R.A.H. We bought the tickets as soon as they went on sale in September last year (2016) and have eagerly been anticipating the event and it lived up to all our expectations. It was a great night of music. As well as many of his great songs from his days with Supertramp, he also performed many from his successful solo career. We look forward to the next opportunity to be at one of his concerts.

A good night; nice mixture of music; well enjoyed by all.

Tweet
Supertramp star and supremely successful solo musician Roger Hodgson looks forward to a springtime tour in May of 2017. A pioneer of progressive rock, his distinctive tenor voice and marked talent for melodies has seen him become world famous and earn international acclaim.

Gifted a guitar at the age of 12 from his father amidst his parent’s divorce, Hodgson took the instrument to boarding school and was taught only three chords by a teacher in attendance. He quickly became very adept at playing and within a year gave his first concert of nine original songs to the school. After leaving school he joined the band People Like Us followed by a stint in pop band Argosy.

Following the break of the Argosy, Hodgson beat off a massive 92 other competitors who also answered the ad in Melody maker to successfully audition to become the guitarist for Supertramp, only to pass on to the role to Richard Palmer the following day, accepting the position for bassist instead.

Supertramp would soon become one of the world’s leading prog rock bands, selling more than 60 million albums, including the massive hit record Breakfast In America which has singularly sold more than 20 million copies. As the band was based in Los Angeles, Hodgson would lose the intimate connection with the fellow members when he moved with his family to northern California and soon started to think about producing solo material.

His first release was In The Eye Of The Storm and was an immediate success following leaving the band, selling over 2 million copies. His success continued with the release of the albums Hai Hai and Open The Door.

Roger Hodgson, the legendary songwriter and singer, formerly of Supertramp, returns for another magical evening at the Royal Albert Hall on 29 April 2016, 8pm.

Hodgson said, “There are many wonderful venues in the world but there’s only one Albert Hall. I’m delighted to be returning to my home country to play for everyone next year”.

Roger Hodgson co-founded Supertramp in 1969 and was the band’s innovator and driving force through their “golden years”. He helped define a generation of progressive rock and was the composer and voice of most of Supertramp’s universally enduring anthems “Breakfast in America,” “Give a Little Bit,” “Take the Long Way Home,” “The Logical Song,” “Dreamer,” “It’s Raining Again,” “School,” “Fool’s Overture” “Child of Vision,” “Hide in Your Shell,” classic hits that helped the band sell well over 60 million albums.

Hodgson, who won the Ivor Novello Award for The Logical Song in 1980, is one of the most gifted composers, lyricists and performers of our time. Hodgson is the soulful musical genius who put the ‘Super’ in Supertramp and is still bringing those songs to life onstage around the world for those who love them. As Rolling Stone said, “All these years I thought I was a Supertramp fan when actually I was and am a Roger Hodgson fan. What a show! ‘WOW' is all I can say.”