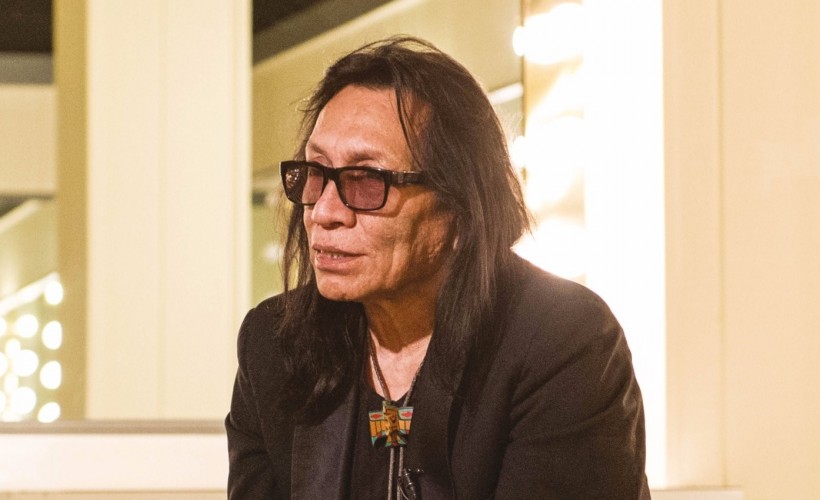 Having risen from relative obscurity to now enjoying a second wind to his career after being the subject of a Academy Award winning documentary; Rodriguez is the evocative songwriter who merges psychedelia with folk to spellbind his audiences.

He has just announced a spectacular show taking place at Royal Albert Hall in London on Thursday 27th of September 2018.

We are incredible excited to be able to offer you Rodriguez tickets, but we must also make you aware that the demand is sky high so you will have to book yours before they are all snatched up. Fortunately, placing an order for your favourite gig tickets is made easy with Gigantic as you can access our site from the comfort of your home or whilst busy and on the go using a computer, smartphone or tablet.

We know that it is easy to forget when your favourite act goes on sale. So, place a personal reminder with Gigantic and then we can alert you with a text message or an email just prior to their release at 10:00 on Friday 26th of January.


Sixto Diaz Rodriguez initially enjoyed a short-lived career which included the recording of two albums ‘Cold Fact’ and ‘Coming From Reality’ before slipping into obscurity and relative poverty.

Having fallen on hard times, it would be revealed by the documentary ‘Searching For Sugarman’, that Rodriguez was somewhat of a folk legend in South Africa. His song ‘Sugarman’ resonated by the black majority during the oppressive apartheid regime who elevated him to the status of cult legend and sales of the song are rumoured to have even exceeded that of Elvis Presley.

Although the money has never been seen by Rodriguez, the documentary has seen resurrected the songwriters career and he now plays to packed out venues around the world.

Event organisers has only given us limited supplies of Rodriguez concert tickets and with the demand growing it makes sense to ensure you place your order early or you may well miss out! Gigantic always has the best selection of essential gig tickets, and with an excellent dedicated customer service team ready and waiting to answer your every question, it is little wonder that Gigantic took home Nottingham Post’s illustrious ‘Retail Business of the Year 2017’ award!

I was mesmerised and humbled. What an amazing man - everyone was just amazed by him. An unforgettable night.

That's all we have for Rodriguez! Check out their upcoming shows