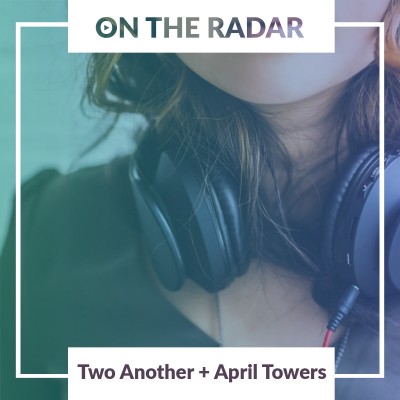 With a talent that spans the entire world, Angus and Elliot formed ultra cool R&B outfit Two Another in 2015. Making their home in London, the lads released a self-titled EP in 2016 which was bursting at the seams with infectious hooks, big and bouncy basslines plus silky smooth vocal delivery which soon had them pegged as the hot new thing you need to know.

Last year saw them release their appropriately titled follow up; ‘EP Two’ which leads off with the track ‘World Demands It’, a song they had waiting in the wings for some time.

"This track was the first thing we made together after quitting our jobs and moving to London in 2015," the pair explain. "We are really excited to share it with people as it shows a different side of the Two Another project and kicks off our second EP."

‘EP Two’ also features the sultry nu disco single ‘Over My Shoulder’ which spread like wildfire throughout the pages of the music press.

“Over My Shoulder proved to be the toughest track to finish on the EP because it was little bit out of our comfort zone but everyone we showed it to said it was worth pursuing. It ended up taking six bassists & six mental breakdowns to finish it but hopefully the tongue in cheek pop tune will get people dancing.”

Do not miss your chance to see them when they hit the stage, later this year!

Two Another tickets are currently available.

Nottingham School friends Charles Burley and Alexander Noble are April Towers. The fiercely independent paring have grown out of the cities rich and bourgeoning music scene with their upbeat dance pop.

“Our live shows consists of Alex & myself, who both play a combination of keys and guitars. We also have a drummer, John, who has been a fantastic addition to the live setup. Our favourite piece of equipment is probably Alex’s Juno-6, which can generate some pretty amazing sounds. I’m still very attached to my Gretsch Duo-Jet, which I’ve had for about 8 years.” - Charles Burley

The duo came to the fore with a number of early success, with their EP ‘Silent Fever’ capturing the attention of the independent music press plus a string of seriously strong singles, including the track ‘Modern Psyche’ which they pushed with a hilarious promotional video.

“Lyrically, Modern Psyche is about the day to day obsession and reliance that society places in technology, and how detrimental it can be to our relationships. The video for the song really reflects this message and is worth checking out!” - Charles Burley

This year sees the release of their debut album ‘Certified Freaky’ through their very own imprint FFS (Fine Frequency Sound) which they recorded and co-produced with DJ Ben Pearce at Dean Street Studios in Soho. It was mixed by Nathan Boddy (Shame, James Blake, Gary Numan) and finally mastered by Geoff Pesche (Pulp, Gorillaz, Kylie Minogue) at the Legendary Abbey Road Studios – a feat made more impressive as the whole process was paid for by their highly successful crowdfunding campaign.

The albums promotion was spearheaded with the single ‘Takes One To Know One’ which benefitted from a premiere in CLASH. Now April Towers offer you the chance to hear the new album as they showcase their new material at these two newly announced major gigs.

Plus, you can see April Towers when they perform on the main stage at Y Not Festival, taking place at Atone Hill Farm in Derbyshire from Thursday 26th until Sunday 29th of July.