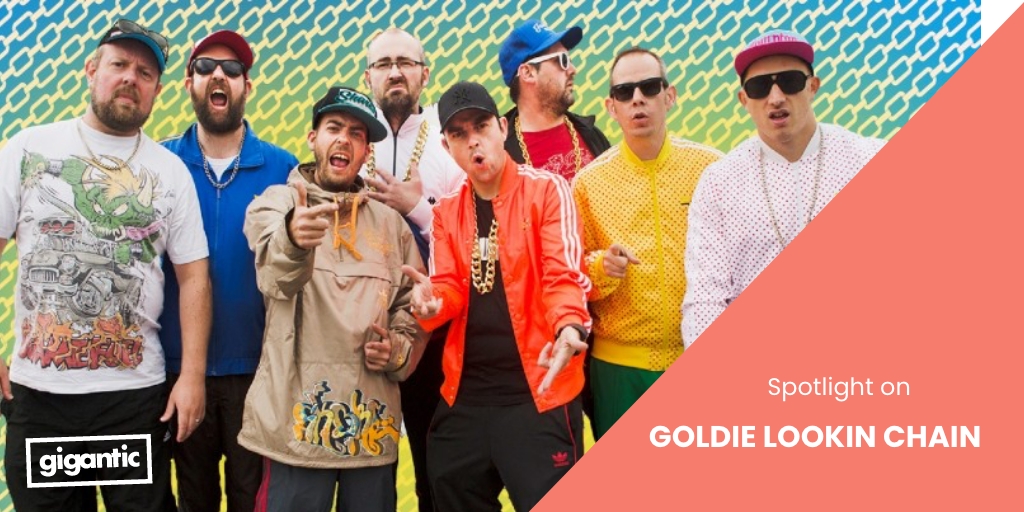 Straight outta Newport: Goldie Lookin’ Chain are the Welsh gangster rapper comedy crew famed for their hilarious hip hop style. The boys have just announced The Only Fans for 2023 which sees them play massive headline dates all around the U.K.

Released at 09:00 on Friday; CLICK HERE to set your event reminder for your Goldie Lookin’ Chain tickets.

First formed at the beginning of the 00’s, Goldie Lookin’ Chain caught the attention of East West Records and signed for a six-album deal. The band benefitted from a support slot with glam rock revivalists The Darkness before dropping Top 40 single "Half Man Half Machine" in 2004. It was soon followed by the release of their signature tune "Guns Don't Kill People, Rappers Do" which shot to No. 3 in the charts and featured on their awesome best-selling album Greatest Hits.

Goldie Lookin’ Chain have since gone on to release 24 studio albums, and enjoy the support of a dedicated fanbase, who will flock to their upcoming tour!

This month has seen the lads drop their very own World Cup song called “FOOTBALL FOOTBALL FOOTBALL (The unofficial anthem of ALL football)”. Their most ridiculous release yet; we don’t expect to hear it sang on terraces anywhere soon.

Plus, Goldie Lookin’ Chain will also be appearing at Bristol Sounds on Saturday 24th of June 2023. There you will be able to enjoy headliners Levellers, plus The Selector, Black Grape, Peat & Diesel and more!