Sophie and the Giants // Leif Erikson 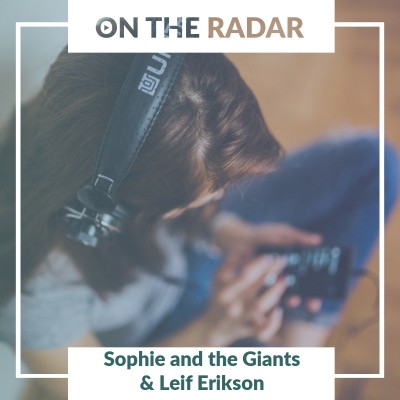 Sophie and the Giants

Combining bright pop sensibilities with engaging hooks and enormous vocals to create a contemporary take on New Wave, Sophie and the Giants are the glittering new things from Sheffield. Led by songwriter Sophie Scott who is already renowned as a solo act, the fourpiece includes drummer Chris Hill, lead guitarist Toby Holmes and Bailey Stapledon on bass.

Having teamed up with their hometowns patron and singer of Reverend and The Makers; Jon McClure, the emerging band benefitted from being perfectly matched on such prominent support slots for the likes of Yonaka, The Rifles, Pretty Vicious and McClure’s own outfit. Their experiences of having been out on the road so long playing to the audiences of such influential acts enabled Sophie & Co. to hone their live performances making them perfect for the festival circuit and were among the huge roster of acts who played Camden Rocks and will also feature at the Isle Of Wight Festival which commences Thursday 21st until Sunday 24th of June.

These major festival appearances coincide with the release of their sensational debut single ‘Monsters’. The haunting use of synth is accompanied by the sort of poignant guitar loneliness of a spaghetti, creating the perfect backdrop to Scott’s soulful and impassioned vocal delivery. ‘Monsters’ is so well constructed and confidently executed, it is easy to forget that this is their very first offering and reveals their limitless potential.

Sophie and the Giants have now announced an unmissable London gig taking place at The Waiting Room on Wednesday 17th of October. Tickets are on sale with Gigantic right now.

Sophie and the Giants tickets are currently available.

Leif Erikson as the London based indie rock band which is fast becoming somewhat of a phenomenon. Their unassuming yet emotionally charged music is awash with feeling and their expansive sound allows for each song to patiently unfold, taking the listener on an inspiring journey. A quality which is quite apt, considering that they take their name from an infamous Norse explorer.

The band’s origins can be traced back to singer Sam Johnston meeting Giles Robinson whilst at school, aged only 13. Having both bonded over mutual tastes in music, the pair would work together for a decade under various incarnations before finally forming Leif Erikson.

“I like to make music that is like a beautiful view. It evokes a feeling and you feel like you are getting something hearty from it. It’s kind of a magical experience…I love making a beautiful phrase and creating something that rolls nicely as opposed to being too cool or smooth. Casting an image with a line.” – Sam Johnston

Last year saw the self-release of their eponymously titled debut album which was hailed by critics for its effortless execution, resulting in a record with a timeless quality which some even called a modern classic. Though comparatively short by only including eight tracks, their first LP was bolstered by such strong singles as ‘Get Free’, ‘Concrete and Steel’ and ‘Real Stuff’ which Johnston describes as “..a straight rock song, it’s my utopian dream.”

Now, Leif Erikson look ahead to a bright future having promised their bourgeoning fanbase that new songs are on their way whilst also eluding that we should expect to hear new material when they take over St. Pancras Old Church in London on Friday 27th of July.