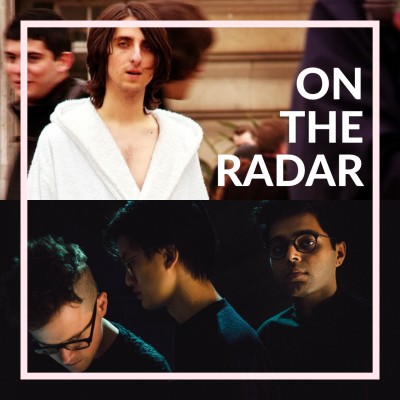 Endlessly searching for new sources of inspiration, their music also taps into elements of classical music, hip hop and the more avant-garde and experimental wings of jazz. By freely pursuing whatever catches their interest whilst breaking free of rigid convention or the dogma of genre they are able to produce a somewhat otherworldly effect that strikes deep into the core of the listener.

“For most of human history, music has been produced by the direct actions of human bodies, of people affecting their environments. Cognitive science has shown us that when we listen to music, we imagine the movements that produced the sounds and rhythms we are hearing. To the extent that electronic music is inherently dissociated from that process, it can indeed feel disconnected. Of course, it also has its strengths in captivating people, including sonic power and presence that can have a more physical effect. One only needs to experience the directness of loud, pure synthesized sub bass rattling one’s ribcage for a moment to know how visceral it can be.” - Rafiq Bhatia

They return next year with the release of their highly anticipated sixth studio album ‘Brighter Wounds’ and they have just released the single ‘Dream State’ as a first taste of their forthcoming record.

Curious and resplendent, ‘Dream State’ is a playful song which glitters with a giddy euphoria as dense synths are met with samples of wind instrumentation and the wail of guitar. Hypnotic as the vocals judder artificially through a stream of consciousness, the new single brings with it great promise for the album yet to come.

‘Brighter Wounds’ will be released on February 9th through City Slang.

Do not miss Son Lux when they head to Scala London on Tuesday 20th of February to showcase their new material plus treat listeners to further tracks from their impeccable back catalogue.

James Holden burst onto the scene aged only 19 with the release of his epic trance single ‘Horizon’ in 1999. The Devon born DJ has continued to expand his sound and push the boundaries of contemporary dance music.

Following his debut album ‘The Idiots Are Winning’ and second LP ‘The Inheritors’ comes his third offering ‘The Animal Spirits’. Released through his very own label Border Community on 3rd of November, the new record sees him joined by a full band after being inspired by a trip to Morocco after developing a taste for Gnawa music. The recording process saw him work with the legendary Maalem Mahmoud Guinia as featured on lead single ‘Pass Through The Fire’, plus long term previous collaborators Tom Page and Etienne Jaumet.

Holden promises that the new record will bring back the folk traditions of trance, rejecting the brash in favour of returning to its more spiritual roots. This restorative process sounds promising and we cannot wait to hear the full results. Meanwhile, we have got the title single on repeat while we wait till next month.

Join James at Islington Assembly Hall in London for an unmissable headline show on Wednesday 6th of December. Tickets are expected to sell fast so book yours before they go.