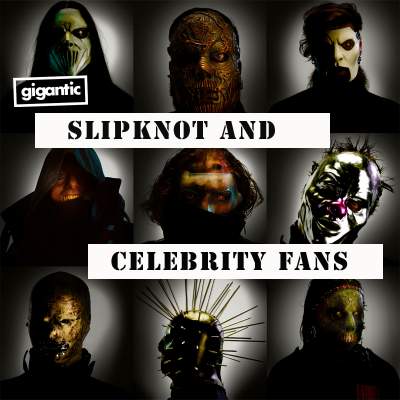 If you love metal, then you are sure to adore Slipknot. Exploding at the end of the 90’s to become the leaders of nu-metal; their unbridled rage, burning passion and relentless energy led us into the next millennium to become a definitive sound of rock around the world.

Currently on a huge creative high, the horror masked band have just dropped their No. 1 album ‘We Are Not Your Kind’ – a record so vital it even managed to topple Ed Sheeran! Plus, they have already started working on their next album which is to be titled ‘Look Outside Your Window’ and is expected to take a more experimental direction. AND they have just announced a massive UK arena tour kicking off in January – tickets on sale with Gigantic right now!

While the typical Slipknot fan might conjure up images of black hoody clad teens accompanied with the mandatory massive wallet chain, grouped together in large numbers to sit in herds around city centres trying their best to look pissed off, you might be surprised at some of the celebrities who have professed their love of the controversial Iowan hip hop rockers. 🤘

When she isn’t swinging a baseball bat playing our favourite anti-heroine Harley Quinn in ‘Suicide Squad’ or putting up with the drug addled antics of ‘The Wolf Of Wall Street’ as Jordan Belfort’s (Leonardo DiCaprio) long suffering wife Naomi Lapaglia; it turns out actress Margot Robbie loves a bit of metal!

While she seems to be too busy starring in the latest Hollywood blockbuster to get rowdy in a circle pit these days, she did profess her love for Slipknot to Jimmy Fallon on The Tonight Show;

“I went to a Slipknot concert and probably to this day it’s the best concert I’ve ever gone to. They’re just amazing performers, even if you don’t like metal, I think you’d appreciate a Slipknot concert, because it’s just like incredible to watch.”

Come on, you’re telling us you don’t find the Justin Bieber \ Slipknot mash up hilarious? Whoever made the seamless ‘Psychosocial Baby Remix’ is a total genius!

Though there isn’t any actual proof that the Bieber is secretly screaming “The reckoning, the sickening // Packaging subversion // Pseudo sacrosanct perversion” in the dressing room, he has been spotted wearing a few mosher t shirts these days! #JustSayin 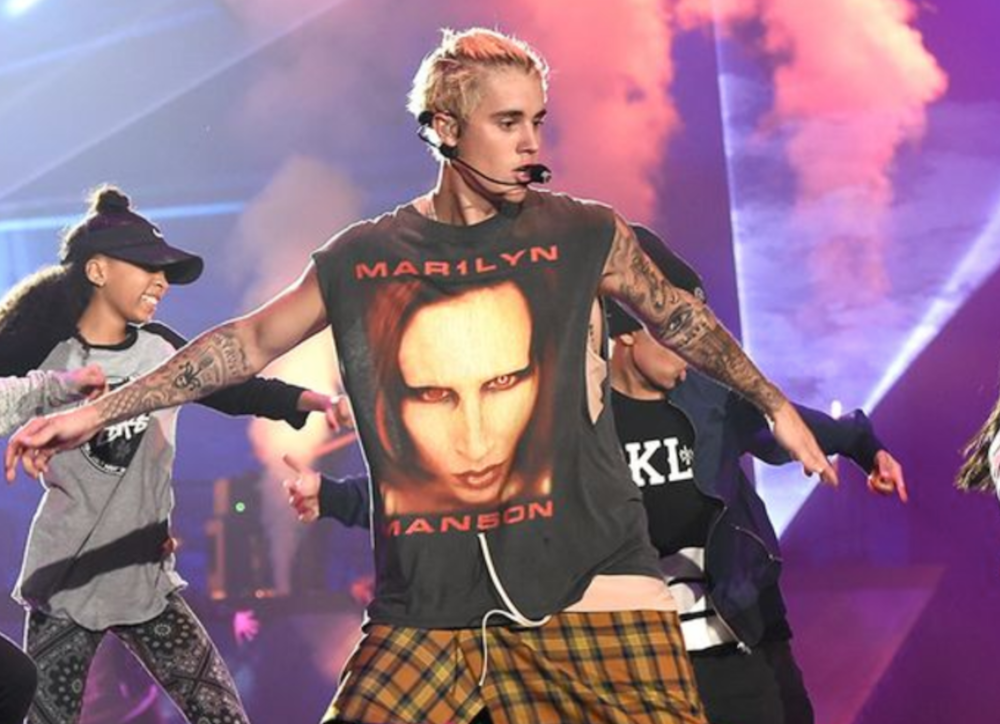 Okay calm down Belibers. We might have been joking about Justin, but Rihanna has a bona fide love for hard rock having been spotted in Krokus and Judas Priest t shirts, getting Korn to remix her huge hit single ‘Bitch Better Have My Money’ – plus she even had a death metal inspired logo announcing her name at the 2016 MTV Video Music Awards.

Early this year, she launched her new fashion line for Fenty in Paris where she met up with Tim Blanks, editor of Business of Fashion, who announced to the world; "The first time I met Rihanna, she told me her favourite band was Slipknot.”

We can’t wait to see you leading the Wall Of Death charge RiRi!

Listening to the Les Miserables soundtrack on my way to watch Slipknot live.

So, you have grabbed your ticket and you are heading on down to the Slipknot gig. What better way to get your self into the mood for the most intense death curdling screams of Corey Taylor and co. than blasting out a bit of ‘Do You Hear The People Sing’ or ‘I Dreamed A Dream’ from Les Misérables in the car on the way there?

Might not exactly be the perfect match, but this is exactly what comedian Joel Dommett was playing to properly psyche himself up before getting rowdy!

Manchester United goalkeeper David de Gea surprised football fans when he tweeted a photo of a Slipknot gig from the seats of Manchester Arena. Bewildering and amazing his followers, reactions were either stunned; “Never had de Gea down as a Slipknot fan...”, startled; “Didn't see that coming!” or absolutely thrilled; "David De Gea is a maggot!!!”.

But then, maybe we shouldn’t be so surprised as Spanish star has often said how much music plays an important role in his life, especially metal – although it sounds like the rest of the squad aren’t as eager to start chanting ‘People = Shit’!

“I like metal and rock bands like Avenged Sevenfold and Metallica. When I put it on in the dressing room, everyone moans! Most of the other players are into hip-hop. I also love [The Stone Roses’) ‘This Is The One’ the song we come out to at Old Trafford – it gives me a big lift for the game.”