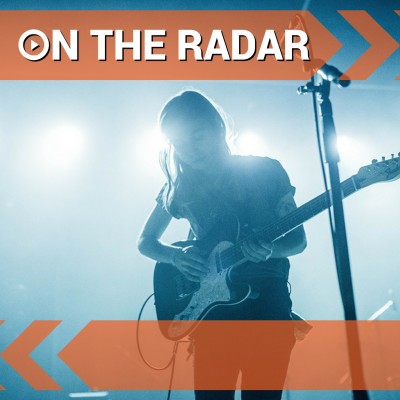 Tennessee singer / song writer Julien Baker is about to make her welcome return to the UK. Delicate, and with a delicious attention to tone, her folk songs layer intricate finger picking with words of great emotional depth.

Baker’s gentle touch invokes a sense of rapture in her audience. Drawn to her apparent fragility and open confessional lyrics, her songs weave a rich tapestry of poetry, pain and yearning as she sings her truth. If her songs are raw, then it is the initial pain before healing which reveals a confessional strength and leads the listener down a path of hope and redemption.

After singing to Matador Records, Baker released her devastatingly vulnerable debut album Sprained Ankle in 2015. More recently, she has started the year with brand new single Funeral Pyre. Despite the apparently macabre title, the recent release sees the singer push her talents to create a song which elevates her lofty vocals and guitar work to near orchestral beauty.

Make sure you see her headline The Deaf Institute in Manchester on Tuesday 6th of June. Baker rarely appears in the UK and so tickets are expected to sell fast.

Born to classical musician parents, Christopher Duncan was exposed to a variety of instruments from an early age and as he began to produce his own work he drew on elements of the past to combine with the contemporary to create the exquisitely new. Perhaps unsurprisingly then, his album debut Architects was shortlisted for the prestigious Mercury Music upon release in 2015.

He has recently followed this with second studio album The Midnight Sun in October. Self-produced in his Glaswegian flat, the Scottish synth obsessive allowed himself to musically explore new ideas and genres to embrace everything from sparse pop to folk psychedelia. The result is a wonderfully eclectic piece of work which feels varied and complete without losing direction.

He promotes the new album with a Winter 2017 tour which sees him headline at The Cluny in Newcastle, The Bullingdon at Oxford, Bristol Thekla and Nottingham cool club The Bodega. Touted as the first significant musical events of the year, these early gigs promise to be something truly special.