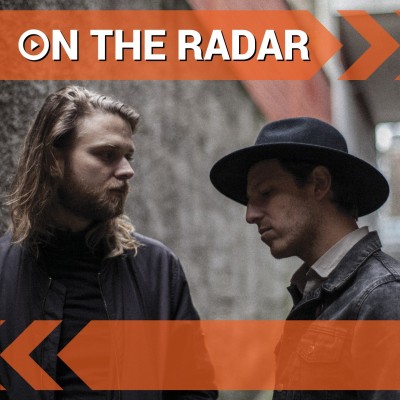 Intelligent pop pairing Palace Winter comprise of Dane keyboardist Casper Hesselgaer who blends the pulsing punch of electronic beats and sounds with the more organic sound of Australian Carl Coleman’s guitar and vocals. The juxtaposition works satisfyingly well ensuring that there is an all essential humanity added to the synthetic sounds.

The band have enjoyed fanfare from the likes of The Guardian and BBC 6 Music who have responded to a sound that encompasses and understands a wide range of genres such as indie, electronica, psyche and folk. Having already released their 2015 debut EP Medication which featured the critically acclaimed single Hype Machine, fans are elated with the launch of their brand new debut album Waiting For The World To Turn.

Casual listeners may already be familiar with their extremely radio-friendly single Soft Machine, the description of which is in no means an insult as the track gleams from having been well written, lush production, and exemplifies excellent mixing. But it is the perfectly executed little touches that make the song so flawless, such as the way the vocals occasionally drift from crystal clarity to a static haze.

Reading based rock-band The Amazons have been riding high since signing to indie label Fiction Records. The four-piece band grabbed listener’s attention and marked themselves as hot property with the single slack anthem Junk Food Forever, produced by Catherine Marks (Foals/Wolf Alice/White Lies) and their subsequent sensational singles Ultraviolet and Stay With Me.

Now the boys are back with brand new song Nightdriving. First premiered by Huw Stephens on BBC Radio 1, the new release continues their trend for writing catchy guitar based euphoric pounders and hopefully is an indication of more to come.

While we eagerly await the inevitable release of their debut album we can get a taste of what to expect at their upcoming autumn tour which takes them around the UK in October. Hopefully we will know more about the release date by then!