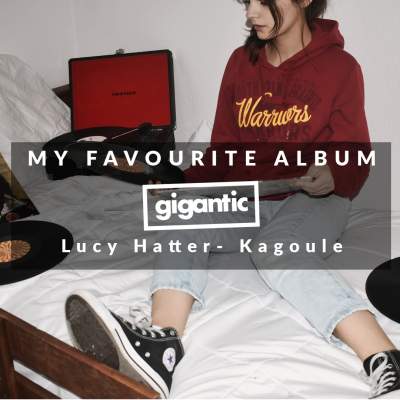 The Nottingham based band initially signed to Earache Records for the release of their debut album ‘Urth’ in 2015 which, by fusing surrealist lyrical imagery and science fiction references into otherworldly anthems earned them widespread critical acclaim and cemented their cult status. In 2018, they followed up with second LP ‘Strange Entertainment’ via Alcopop! Records that saw them develop their idiosnyncratic sound even further, with every track on the album being a potential single.

Plus, we were extremely pleased to have Kagoule play at our tenth birthday celebrations, headline our stage at Hockley Hustle last year and they even joined us for an extra special edition of The Moonshine Sessions!

‘Revolver’ by The Beatles

When Is It From?

Hearing ‘Eleanor Rigby’ is my first memory of music from when I was about 5 or 6. I remember thinking it was terrifying (I still kind of do now)

It is one of the many albums that I was introduced to by my stepdad. I have him to thank for more of my musical education which is still going on to this day. I don't listen to this album as often as I'd like but I always find myself coming back to it eventually. It is, in my opinion, the best Beatles album.

Favourite Songs On The Album

‘Tomorrow Never Knows’, it must have been completely mind-blowing to have heard that for the first time in 1966.