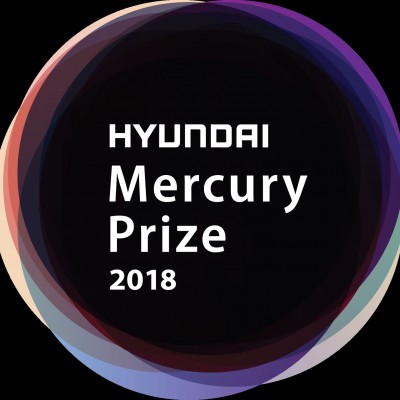 Each year, the Mercury Prize acts as the flagship awards ceremony for the most compelling British music. Taking all genres of music into consideration, it searches through twelve months of releases to find the most crucial studio album of the year.

Following strict rules of independence, the winner is chosen from a shortlist selected by a judging panel reflecting all aspects of the music industry which is headed up by BBC Music’s Huw Stephens.

The judges issued this statement;

“This year’s Hyundai Mercury Prize celebrates albums by musicians at all stages of their careers, but with a shared belief in the importance of music for navigating life’s challenges – whether personal or political, falling in or out of love, growing up or looking back, angry or ecstatic. The music here is funny and inspiring, smart and moving. Twelve amazing albums!”

Gigantic has a real passion for music and we always take a keen interest in all the cutting-edge acts highlighted by the Mercury Prize. So, it comes as no surprise that we have tickets for many of the shortlisted names on sale right now!

Apparently now sporting a freshly shaven head, Alex Turner and his merry band of Arctic Monkeys love to constantly push the envelope. They challenged their listeners this year with the release of ‘Tranquillity Base Hotel & Casino’, which saw them expand into an experimental lounge rock sound.

They have already taken home the Mercury Prize in 2006 with their debut album ‘Whatever People Say I Am, That’s What I’m Not’, and look like they’re poised to take it again this year.

‘A Fever Dream’ is the fourth studio album from Manchester’s finest art rockers Everything Everything, a band previously shortlisted for the Mercury Prize plus received a further five nominations for the highly illusive Ivor Novello Awards, proving the pedigree of the four lads work.

Teaming up with James Ford of Simian Mobile Disco, ‘A Fever Dream’ achieved both critical acclaim and commercial success breaking the Top 5 upon release.

The Mercury Prize tends to favour any sort of experimental electronica, and in doing so has often shown the direction the British music will soon adopt in the near future. Everything Is Recorded is the project of Richard Russell who, as head of the label XL known for their pioneering roster of acts, has handpicked such mavericks as Kamasi Washington, Damon Albarn, Peter Gabriel and Rachel Zeffira to create one of the year’s most compelling listens.

Florence + The Machine – ‘High as Hope’

Florence + The Machine have long been regarded as one of Britain’s best loved bands, appealing to a wide range of listeners by drawing on baroque pop plus elements of indie and folk whilst Florence Welch fronts the band with her powerful vocal delivery.

‘High as Hope’ sees Welch and company take a more stripped-down approach to before, using a minimal song writing approach to understand the essence of family, hope and heartache.

Fans of soul and jazz need to know Jorja Smith. The West Midlands sensational singer has worked independently to release her initial singles which led to her receiving the Brit Critics’ Choice Award. Her album ‘Lost & Found’ is one of the latest of the shortlisted entries.

We are very excited to find out that Jorja Smith is coming to our hometown of Nottingham to show her stuff at the iconic Rock City. Better act fast, because her tickets are selling so fast!

King Krule is one of the most innovative musicians to emerge from the new generation. Drawing from a vast sphere of sound including trip hop, punk jazz and darkwave, King Krule (AKA Archy Ivan Marshall) has being intensely prolific which is made all the more impressive given his age.

‘The OOZ’ was released while he was only 23 years old and hints that the young prodigy is just getting started.

Liley Allen felt that previous album ‘Sheezus’ did not accurately reflect her either as a musician or a person and its release was followed by a number of personal challenges which she would channel into ‘No Shame’, producing her most honest and compelling listen to date.

Nadine Shah takes an emotive take on post punk, allowing room to show off her expressive vocals through a freeform attitude to song writing which approaches aspects of jazz.

‘Holiday Destination’ is overtly political right from the outset, takling issues of refugee rights, how political institutions are fanning the flames of the Far Right and how the roles of women are curtailed by societal expectations.

Following the acrimonious split of Oasis which intensified the infamous feud with his brother, Noel Gallagher’s High Flying Birds was formed which allowed the songwriter to command his own destiny. ‘Who Built the Moon?’ takes his passion for psychedelic rock further than any of his previous material.

While many are desperately hoping Noel Gallagher will patch things up with Liam for a long-awaited Oasis reunion, you can see him perform with his High Flying Birds at Electric Fields Festival and The Down.

Lewisham based MC and producer Novelist (AKA Kojo Kankham) became a vital part of the capital’s pirate radio scene and was a founding member of The Square crew who captured attention after their MOBO nomination in 2014 for Best Grime Act. The following year he would strike out on his own and broke the Top 40 with ‘Novelist Guy’.

Sons of Kemet – ‘Your Queen is a Reptile’

Formed in 2011, Sons Of Kemet first rose to the fore with the release of their debut album ‘Burn’ which saw them take home Best Jazz Act at the MOBO Awards. ‘Your Queen is a Reptile’ takes a sardonic swipe at the monarchy and raises criticism of the establishments attitude to immigration.

Jazz masters Sons of Kemet are coming to Komedia in Brighton to play a major headline show. Make sure you are there!

Wolf Alice – ‘Visions of a Life’

North London quintet Wolf Alice’s latest offering ‘Visions of a Life’ showed no signs of the classic difficult second album syndrome. Rather, it has made their peers sit up and take notice with many citing them as one of their favourite bands.

Wolf Alice command a dedicated and loyal following which continues to grow as they reach ever new audiences. Their slot of Leeds & Reading Festivals at the end of August will no doubt swell their number of fans.