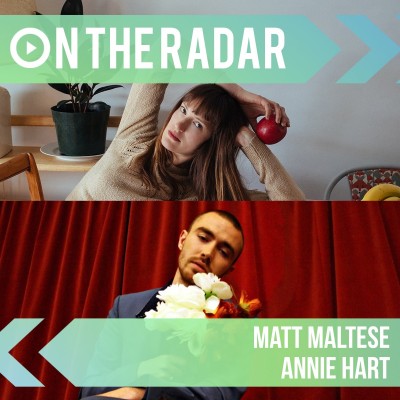 21-year-old South Londoner Matt Maltese has caught the attention of the music press who have been quick to saddle with him as the voice of this generation exploring all the accompanying anxiety, impending disasters and online alienation. He does so with a world weary dark sense of humour and baritone voice which belies his youth.

Taking a ride on the accelerated tension as the world polarises and hurtles towards a seemingly inevitable yet all so frustratingly apparent bleak end, Maltese provides a soundtrack to the intellectual malaise that almost makes extinction seem desirable. Its this ‘Brexit Pop’ as it has been termed which is at once earnestly heart breaking and deeply cynical which makes him so wonderfully unique.

This marriage of sweet and sour is best typified on his recent single ‘As The World Caves In’. At first glance the song seems comfortably cabaret, twee almost. That is until you release that the Maltese is singing about the drunken sexual union of Trump and May as the celebrate setting off nuclear Armageddon.

Maltese has just released ‘Blood, Sweat And Beers’, a live EP and Poetry Collection. The brand-new record saw him team up with long term collaborator Huge White of The Maccabees who captured the wonderfully wry performance at the Drugstore in a single take. ‘Blood, Sweat And Beers’ has been released as a very limited run of 200 on 12” vinyl complete with accompanying zine which can be found HERE.

Catch Matt Maltese when he teams up with The Rhythm Method when they hit the road this Autumn to share headline duties. Their shows take place at:

Bassist, keyboard player and singer of electronic three-piece Au Revoir Simone; Annie Hart strikes out on her own. The synthpop trio first formed in 2003 and continue to produce eloquent pieces of dreamy splendour as shown in their recent appearance in the newly returned cult series Twin Peaks.

After the band went into a long hiatus in 2010 and didn’t reunite for three years until they came back together to release their latest record ‘Move In Spectrums’. Hart used the time as an opportunity to begin working on her own material which she wrote and engineered in a home studio setup in her Brooklyn Basement, squeezing in sessions whenever her children were soundly asleep.

It gave her the chance to delve meticulously into the writing process and truly match the music to the emotional heart of each song; "Be it melancholy, longing, happiness or simple desire, there is no better way to explain my innermost world than by going past words and into the intuitive and visceral feeling that a particular sound can evoke.”

This resulted in the single ‘Hard To Be Still’ which blends an emotionally charged new wave feel with the cool refrain of late 70’s and early 80’s electronica. Both catchy yet raw, the sing was seized by Netflix producers to be used in their drama series Gypsy. She also releases the eight track mini album 'Impossible Accomplace' on September 15th which you can pre-order HERE.

Do not miss her make a solo headline performance at essential East London venue Shacklewell Arms on Monday 2nd of October where she is sure to astound audiences once again.