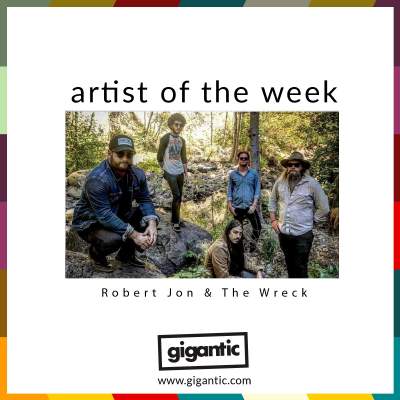 If you’re looking for the authentic sound of blues rock, then it doesn’t get any better than Robert Jon & The Wreck! Formed in 2011 and based in Orange County, California – the band is renowned for capturing the rock and roll spirit of yesteryear and giving it a fresh feel as heard on their many awesome albums, which include their debut Glory Bound which was rapidly followed by subsequent titles Good Life Pie, Wreckage, Vol.1, Robert Jon & The Wreck and Take Me Higher.

“We love southern rock, we love slide guitar, and we love country... We also love outlaw country, we also love the Laurel Canyon sound and the Grateful Dead, we also love everything that came out of the 90s and 2000s when we were growing up and we definitely have songs that directly point to all those styles.”

Their prolific studio output is matched by their stunning live performances, with the growing army of fans eagerly testifying that each gig is masterclass in performance, and they have played hundreds of shows to a truly international audience. Not only have they staged shows in 31 states in the US, the rowdy troupe also reach out to their European audiences which swell with every new record and tour.

When they aren’t topping the bill, they are handpicked by the likes of such esteemed artists as Rival Sons, Black Stone Cherry, Joe Bonamassa, Peter Frampton and Vintage Trouble to open their shows as the support act.

Last year, Robert and his band released their latest LP Last Light on the Highway – their third record in as many years which was hailed by critics and fans alike as their best yet. Envisioning an even greater scope than before, the band has had to increase in number to achieve their huge ambitions.

“We’ve always had it in our heads to add members as we go along.  There’s just a bigger sound in our head than five people can accommodate right now.”

Taking all their best features, including the effortless switch from growling vocals to sweet singing, huge hooks and guitar riffs plus a knack for achieving toe-tapping perfection and taking it to the next level; Last Light on the Highway is eleven essential tracks for true fans of blues rock.

This year sees Robert Jon & The Wreck take their incredible new record Last Light on the Highway on the road, playing headline dates up and down the entire UK throughout out May. See them play these stunning shows when you pick up your ticket with Gigantic – on sale right now!