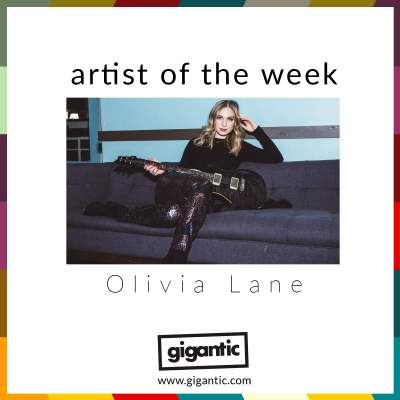 Nashville is always the seal of quality for country and the new phenomenon finding a global audience is songstress Olivia Lane. Unafraid to experiment, her sound draws on the traditional Americana styles and pushes it forward by incorporating a fresh feel as heard on her EP ‘The One’ which is being discovered by a global audience.

By the close of 2019, Lane had reached a truly staggering figure of 18 million cumulative streams over various platforms, proving that she truly is the future sound of country.

Central to her music, Lane reaches out and speaks directly to every listener and makes a personal connection:

“I just want to relate. Music is the universal language. It gets down to the core of who you are as a human. I’m available to you in my songs.”

Houston born Olivia Lane was first turned towards the stage at an early age and initially began by acting at a community theatre. However, after being inspired by such great performers as Frank Sinatra, Shania Twain and Taylor Swift she no longer wanted to tread the boards and decided to pursue music instead. Enrolling on a song writing class at USC, her ambition fuelled her developing talents as she sought to fuse country with elements of pop and rock.

Her unique style was revealed in 2015 with upbeat debut single ‘Steal Me Away’ which brought a fresh take on traditional sounds for a new generation. It would soon be followed by second single ’You Part 2’ which continued to spread her name as she hit the road and toured the US in the back of a van with her band.

In 2016, Lane took it to the next level by bringing out her eponymously titled debut EP. The seven tracks enabled her to more fully pursue all her influences with first track ‘Lightening’ and the closer ‘My Heartache’ showing her pop side, ‘Quarter Life Crisis’ and ‘She Fits’ revealing a rock edge whereas ‘Make My Own Sunshine’ would appeal to the Nashville heartlands by remaining deeply rooted in country.

Emboldened having flexed her creative muscle, Lan want on to release a string of impressive singles including ‘Devil and You’, ‘You Got Me’ and ‘Hey 3AM’. However, the rigors of touring would take their toll and the pressures of her career combined with the need to take command of her own life led to an emotional crisis.

“My body literally started shutting down on me. I was unhappy on the road, and my voice was suffering. I just felt like I wasn’t getting where I needed to be, so I went back to Nashville and took a break. I got into talk therapy and changed everything around me. I felt like I needed a new chapter and a new beginning. I went back to the raw inclination and right energy of just wanting to be a songwriter. If I didn’t know who I was, how could I expect audiences to? So, I got in touch with what I needed to say as an artist. On the other side of this, two years later, I feel like my old self again—just wiser.”

Last year, Lane dropped the single ‘So Good It Hurts’ which would feature on her second EP ‘The One’. It signed growth both in terms of emotional maturity and a huge creative leap in sound which really connected with audiences around the world and was streamed over 1.5 million times on Spotify alone. It marked a turning point for Lane who now had found the direction she needed, plus the start of a relationship which would be the source of inspiration for much of the music found on her latest record, including title track ‘The One’.

“While this self-love and self-awareness journey happened for me, I started dating my boyfriend. I’ve known him since I was 15. We went to high school together. I was obsessed with him, but we never dated. We were just super close. Two years ago, he was like, ‘You’re my best friend, I love you, and I want to be with you.’ I’d been so entrenched in all of this vulnerability, I wanted to write a big and fun song describing him with his snapbacks and pearl snaps. It’s a strong woman saying she’s all about her man! It’s almost objectifying him in a playful sense”

It looks like 2020 will be another big year for the rising country star. She heads to the UK to promote ‘The One’ with a tour kicking off at the beginning of next month and tickets are on sale with Gigantic right now. This leaves her plenty of time to get back into the studio and hopefully release her long awaited first full length record.