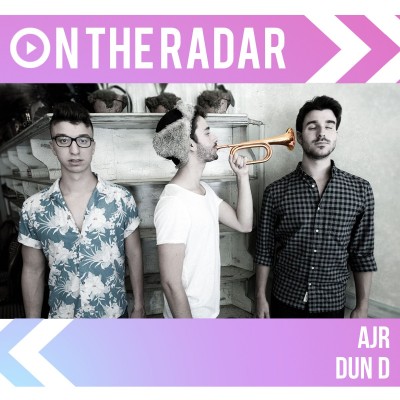 Fusing elements of electro with indie pop, multi-instrumentalist brothers Adam, Jack and Ryan Met are AJR. The New York siblings first formed the band in 2005 and are known for their playful yet compelling tracks. Despite holding a strong position in the US and enjoying modest worldwide success, the boys have yet to crack the UK.

Last year saw the release of their smash hit single ‘Weak’. The song sees the boys draw on elements rock, house and even samples of brass instruments to create a fresh new sound that is at once both emotionally charged and euphoric. A huge commercial success, the single has reached platinum sales hitting NO. 9 on the US Dance club song chart whilst also being streamed an incredible ten million times on YouTube.

Now AJR prepare to make their name in the British Isles by playing Omeara in London and Sound Control in Manchester during September to promote their latest album ‘The Click’. Expected to be their long-awaited breakthrough moment this side of the pond, you really need to see these shows!

North London rapper Dun D is the name you need to know. He takes a straight up, no nonsense approach and is not afraid to take on his challengers head on. The Tottenham hip hop hero taps into many styles to bring the biggest beats and flawless flow of intense lyrical skill.

The past two years have seen him benefit from prominent airplay from the likes of BBC 1Xtra, Kiss FM, Capital Xtra, and Reprezent radio, whilst also supporting Fuse ODG on tour which has culminated into a massive online presence and his tracks have been streamed a staggering 1.5 million times on YouTube. This has been backed up by his very own YouTube series ‘Barz In The Whip’ on Link Up TV which has featured such huge names as Rudimental, Eddie Kadi and Sarkodie.

Working with such mainstream acts has signalled his break from the underground and this rising star is ready to take centre stage. See him take over Hoxton Bar & Kitchen in London on Thursday 31st of August.